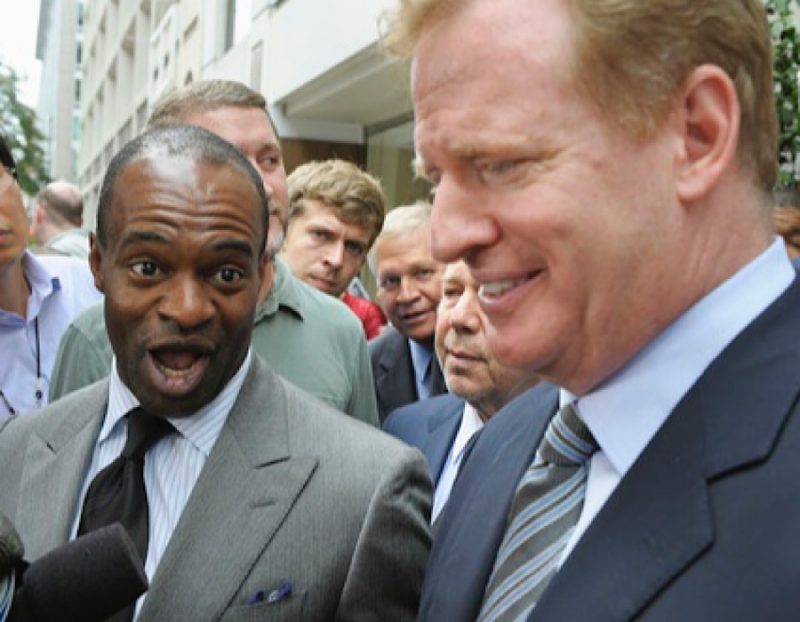 You Won’t Believe What The NFLPA Is Telling Agents To Do | Sports Takes & News | TooAthletic.com

“Collusion” is an ugly word in sports and is mostly associated with franchise owners working together to keep players’ salaries down to help increase profits. If a recent report is true, however, it is the NFL Players’ Association (NFLPA) that is calling for player agents to make sure that the salaries of their free agent clients don’t drop this year with the salary cap under siege for this and many years to come.

The 2021 salary cap is expected to be just over $180 Million, a nearly 10% drop from the $198.2 Million it was last season. The change is due to one year’s revenues being used to create the salary cap for the following season, and with the pandemic cutting into profits in 2020, the financial burdens of the season are being shared by both sides. In fact, the NFL and the NFLPA are working on a deal to spread out the losses felt in 2020 over three years, with the salary cap being effected in 2021, 2022, and 2023, making this year a difficult one for free agents.

As reported by ESPN this week, DeMaurice Smith, the head of the NFLPA, has encouraged player agents to consult the union’s cap department while negotiating with team for new contracts for their client. It also informed them it was ok for them to collude with other agents to make sure players at the same position obtain the same contracts from team to team, thereby not undercutting the market value for future free agents.

Forgetting the fact that NFL players don’t need to collude like owners do in order to keep their salaries up, that’s why they have agents, but a call like this from DeMaurice Smith should have the owners up in arms.  Players would be outraged if owners colluded against them to keep their salaries down, but now their own union is calling for agents (and indirectly players) to make sure their salaries stay high even as the league’s revenues drop.

As much as I believe every athlete deserves to make as much as they can in uniform, when you collectively bargain an agreement that connect payrolls to revenues, then you can’t expect to continue seeing your salaries go up while the salary cap goes down.

That’s why I expect owners to fire back at this statement from DeMaurice Smith and take a page out of baseball owners, who in recent years have frozen the free agent market for months, putting many players in a state of panic, which often saw them take a cheaper and shorter deal just for the security of knowing where they would be working during the upcoming season.

While I would agree that NFL players have been getting screwed for generations with non-guaranteed contracts and getting cut from rosters at the first sign of slowing down or an injury, sending out a message like this while so many are still hoping for government help during this pandemic is a selfish message. Not only have players accepted to have payrolls tied to revenues, but they also, through their union, will accept a lower salary cap this season, which means everyone should give back a little bit.

Timing in life is very important, and for the free agents of this offseason and for the foreseeable future, their timing will be bad; however, as the saying goes, a half a loaf of bread is better than none at all.  Everyone in the NFL will get their money, and if there’s a little bit less than expected, that is understandable. However, they also need to understand the business they are in and keep in mind that they are giving up a smaller percentage than many others who have lost their jobs and loved ones over the last year, and accept that, all things considered, they are still ahead of the game and ahead of the fans who are rooting for them when they play.

You Won’t Believe What The NFLPA Is Telling Agents To Do | TooAthletic.com

The post You Won’t Believe What The NFLPA Is Telling Agents To Do appeared first on TOOATHLETIC TAKES.

Ex-president expected to declare himself leader of Republican Party