You Won’t Believe What MLB Is Now Doing To Baseballs 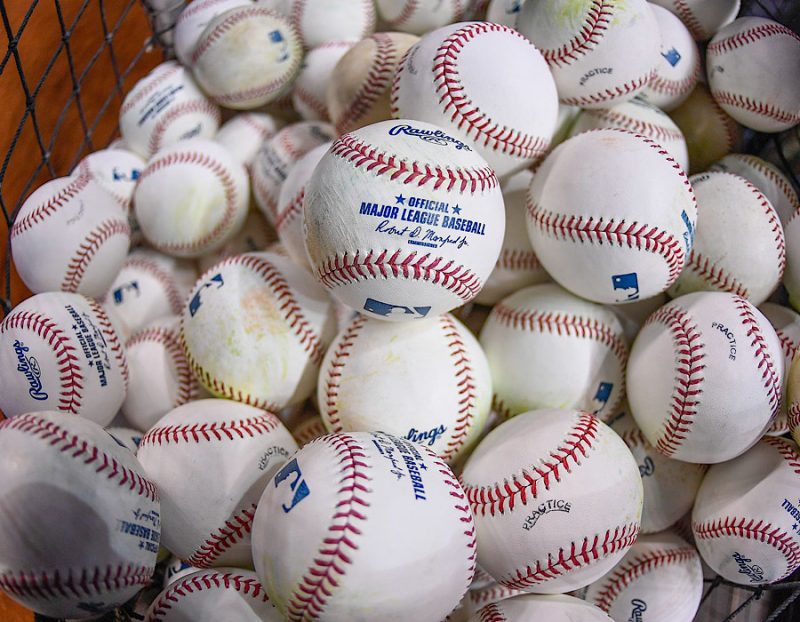 In a stunning development last week, Major League Baseball admitted that in recent years the baseballs have been “juiced” to help increase home run totals and scoring across the league. Well, they almost admitted this; what they did say was pretty damn close, and Major Leagues took notice of the announcement and made their opinions known on social media.

On February 8th, Major League Baseball told their franchises that a new “deadened” baseball would be used this year amid repeated seasons of home run totals going up across the league.

According to an internal memo leaked to The Athletic, Rawlings, the makers of baseballs, have a new procedure for their manufacture that their testing shows will decrease their flight distance by upwards of two feet on fly ball hit 375 feet. Rawlings, as you might remember, is owned by Major League Baseball after then newly installed commissioner, Rob Manfred, purchased the company in the wake of calling for more scoring in the game.

The “deadened” baseball design comes after MLB teams combined for 6,776 home runs in 2019, or 6.6% of the plate appearances that took place that season, with the home run rate slipping slightly to 6.5% in the shortened 2020 season. The league also mentioned in the memo that the number of teams that have humidors in their home stadiums will double to ten this season, something that seems to cut down on a baseball’s “bounciness” off a bat which takes away from how far it will travel when not squared up.

This news did not go unnoticed by both pitchers and hitters alike as David Price tweeted Tuesday: “Did I see MLB is “slightly” deadening the baseball?! I thought MLB said it hadn’t been juiced? lol pitchers knew all along!! Baseballs had a different feel and a different sound. Happy to see they’re attempting to go back to the regular baseball.”

After drawing a reply from Mike Trout made up of crying eyes and thinking faces, Price replied back, “I think you’ll still be alright!”

So, just to recap, Major League pitchers like Justin Verlander were calling out the commissioner during the 2019 All-Star Game before being told to shut up, now the league is fixing the same problem he and others were pointing out in the first place.

This story, in a nutshell, explains what life has been like under Rob Manfred’s tenure as MLB commissioner: Say whatever you had to say to avoid dealing with an issue when asked about it; but then try to fix it anyway while also never acknowledging the problem ever existed.

Manfred knows if this announcement was made in a public forum he would have been hung out to dry, so, instead, he does it with a secret memo knowing that players would find out, and of course, say nothing???  Come on Rob Manfred, face the music for at least one mistake you have made during your disastrous time as commissioner.

While I doubt that Major League Baseball is going to have a second “dead ball” era this season, it will be interesting to see if the new design has any effect on how games are played. I also doubt we have seen the end of defensive shifts and the “three true outcomes” era in baseball since home runs, strikeouts and walks will still have fans seeing endless periods of times when a ball is not fielded for ten, fifteen or twenty minutes at a time. I do think, however, that after they treated so many pitchers poorly when they discussed the “juiced” baseball, that Manfred and MLB owed it to them to make this announcement public and not a secret memo.

Once again in their efforts to never appear wrong, Major League Baseball took a mistake they made and made it worse. Such is life with Rob Manfred as commissioner. So, in case you missed it, Manfred lied to baseball fans and has been caught, but don’t worry, he won’t lose his job since he is the jerk MLB owners want as commissioner to take the heat for them when they screw up.

You Won’t Believe What MLB Is Now Doing To Baseballs | TooAthletic.com

The post You Won’t Believe What MLB Is Now Doing To Baseballs appeared first on TOOATHLETIC TAKES.

Is The NFL Going Down A Dangerous Path?

US bombs facilities in Syria used by Iran-backed militia

Militia groups threatening to ‘blow up the…

Heidi Cruz is an exec at Goldman Sachs, but the company…