Where Will Kawhi Leonard Play Next Season? 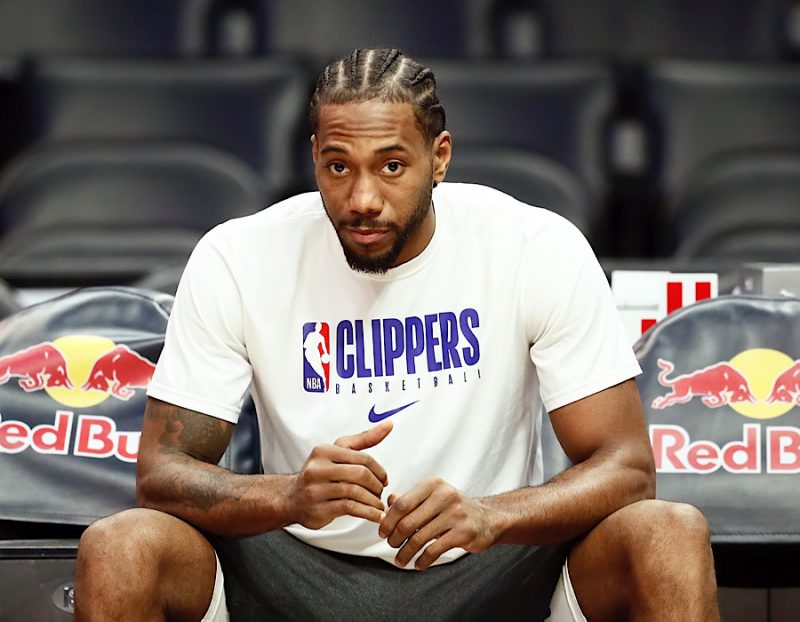 As the NBA Playoffs continue to unfold without the Golden State Warriors, fans in the Bay Area are looking to SoCal to recruit their next star player. That player is Kawhi Leonard, who does have an opt-out clause in his Clippers contract this offseason, giving him the right to become a free agent. So, with at least one NBA team longing for him to join them, where will Kawhi Leonard play next season?

Kawhi Leonard is now one month away from his 30th birthday. He has played on three different teams (San Antonio, Toronto and the LA Clippers) over the last four seasons, and by using an option in his contract, could add a new team to that list sometime this summer. While at least one prominent NBA insider (ESPN’s Adrian Wojnarowski) believes Leonard wants to be in Southern California and will resign with the Clippers, recruitment efforts to lure the postseason legend to teams like the Golden State Warriors are already underway.

With an opt-out clause in his contract, any player would be foolish not to test the market, especially one who will only be 30 years old this summer such as Kawhi Leonard. Joining the aging Warriors team would only be a short-term way of finding another way to win a title after earning rings with the Spurs and Raptors. You can expect if Leonard becomes a free agent, Golden State will try to reboot their aging dynasty by adding a player a full year younger than Stephen Curry, Draymond Green, and Klay Thompson, thus shifting the balance of power in the deep Western Conference.

Having a reputation of keeping his thoughts and feelings private is part of what makes Kawhi Leonard such an intriguing NBA superstar. It was believed before he signed with the Clippers that playing for a team in SoCal was important to him as a native of the area; but with both the Lakers and Clippers applying a full court recruiting press on him, which team he ended up signing with was always a mystery. Now, two years into his tenure with the team he chose, he has a better understanding of the new owner Steve Ballmer, and the culture the franchise has had for their entire existence, leaving many to wonder if he still believes he can win with the Clippers or not.

The biggest question for me is one of legacy: Does Kawhi Leonard, at age 30, believe he needs to do anything else to enhance his NBA legacy, or he is happy with what he has done in his career already?

If winning is no longer important, making things like money and comfort higher on his list of priorities, then staying with the Clippers makes more sense. After all, if he wins, he becomes a legend to a second franchise since he would have done for the Clippers what he did for the Raptors, delivering their first NBA title.

If he leaves LA, however, could anyone blame him, especially after last season saw their playoff run end when they blew a 3-1 series advantage and now, as the fourth seed in the West, are struggling in the opening round. For a complex person, any option Kawhi Leonard chooses would make sense to some and not to others.

My feeling is that Ballmer and the Clippers will be able to keep Leonard on the team, allowing the hometown hero to continue to fulfill his perceived dream of giving the franchise their first championship banner to hang in their future home. What other demands the team needs to give into in order to keep Leonard will likely be fodder for rumors and speculation once the playoffs are over; with Ballmer likely to do everything he needs to in order to keep his marquee player. So, while joining the Splash Brothers by the East Bay may be appealing and other offers might prove equally as tempting, I expected Kawhi Leonard to be in a Los Angeles Clippers uniform next season and for many more to come.

Where Will Kawhi Leonard Play Next Season? | TooAthletic.com

The post Where Will Kawhi Leonard Play Next Season? appeared first on TOOATHLETIC TAKES.

The rise and fall of a drug kingpin’s wife

Andrew Giuliani gets into shouting match with TikTok…