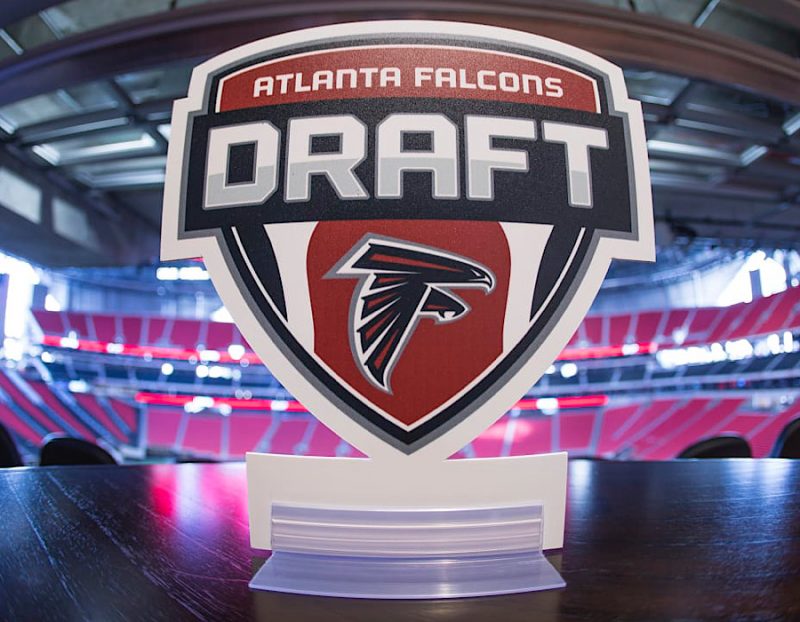 What Should The Falcons Do In This Year’s NFL Draft? | Sports Takes & News | TooAthletic.com

For the first time in history, the NFL may see four quarterbacks selected to start their draft. If that happens, it means that the Atlanta Falcons would need to join the Jaguars, Jets and 49ers by taking a QB with the fourth overall pick this year. The question is, with the Falcons still employing Matt Ryan, is this the year they try to find Ryan’s replacement? Or should they trade back, get some extra picks and continue their slow rebuilding process in 2021?

When San Francisco moved up into the third spot in this year’s NFL Draft, most people assumed that meant the days of Jimmy Garoppolo with the 49ers were numbered. With the Jaguars expected to select Trevor Lawrence and the Jets penciled in to taking Zach Wilson, the selection of a QB at third in this year’s draft would tie an NFL record for the most at the start of any draft.

Then, at number four, comes the Atlanta Falcons, who had had three straight losing seasons with Matt Ryan as their quarterback. So, with the team needing to change just about everything, what should they do with the fourth overall draft pick?

If you believe the many versions of mock drafts the NFL experts are now releasing, the choices at quarterback for Atlanta appear to be down to three: Justin Fields from Ohio State, Mac Jones from Alabama, and Trey Lance from North Dakota State. By comparison, the list of other players who will be left on the board is longer. They include LSU wide receiver Ja’Marr Chase, Florida tight end Kyle Pitts, Oregon offensive lineman Penei Sewell, and 2020 Heisman Trophy winning wide receiver DeVonta Smith from Alabama.

Sadly, for Matt Ryan, it appears his best days are behind him. That’s easy to say, since his Super Bowl appearance the Atlanta Falcons offense has collapse just as the rest of the franchise has. The tricky part about the NFL Draft, however, is letting need convince you a player is better than he is at the position he plays.

Therefore, taking a quarterback at number four this year could be a 50/50 proposition, especially if their name is Fields, Jones or Lance, since all three are considered by many experts to be long-term projects, not plug and play quarterbacks. I, for one believe that Mac Jones will be the best of the best in that group, and I am already fearful that the former Crimson Tide QB will land in New England midway through the first round as many experts are predicting.

The question is how much to the Atlanta Falcons believe in the “other three” quarterbacks they will be able to choose from in this year’s draft?

Because if they are not sold on any of them, then trading back with a team that does believe in them, or just wants to make sure they are able to get the player they want may be worth trading back for. Sure, it might be nice to have a new quarterback to play, but without the team around him or the assets to put better talent on their roster, taking a quarterback this year may be a waste of the fourth overall pick.

Simply put, there may not be a quarterback left worthy of the pick and drafting a talented player at other position just to watch him leave after five or six years of losing would also be a wasted pick.

For most franchises in almost every sport, a situation like the Falcons are in means the right thing to do would be to trade back, play for the future by getting more assets, and wait for the anchor of Matt Ryan’s contract to come off their salary cap. Is that what Atlanta will do? I hope, for their sake, yes. Because using that fourth pick on a project quarterback may set back the Falcons franchise for the entire 2020’s decade and leave them no closer to being a winner than they will be on draft night.

What Should The Falcons Do In This Year’s NFL Draft? | TooAthletic.com

The post What Should The Falcons Do In This Year’s NFL Draft? appeared first on TOOATHLETIC TAKES.

Why Three Families Entered Kids in a COVID Vaccine Trial