What More Does Tom Brady Have To Prove In The NFL? 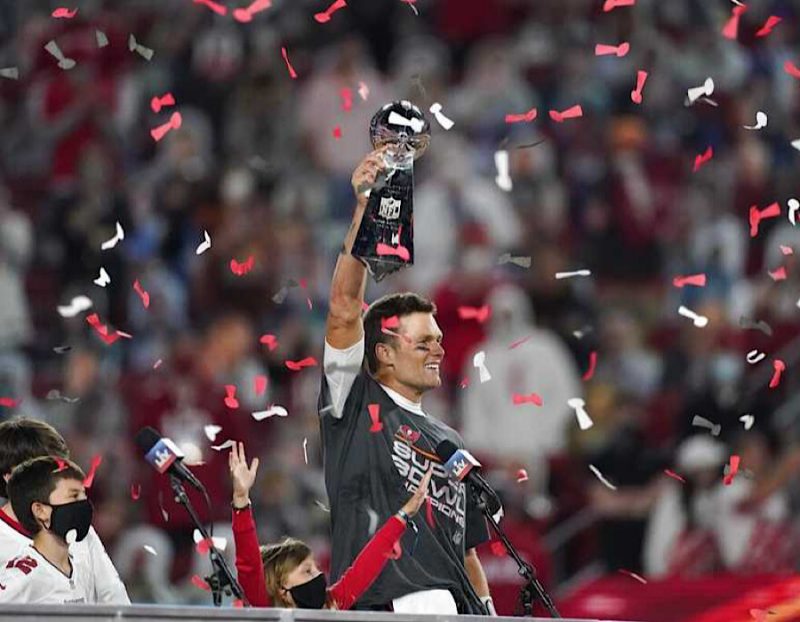 What More Does Tom Brady Have To Prove In The NFL? | Sports Takes & News | TooAthletic.com

The topic was discussed before the Super Bowl and hasn’t gone away since the game was completed. The topic that Tom Brady, deemed “The Goat” by Joe Montana, has nothing left to prove on an NFL field, and no longer needs to play to cement his legacy. Brady admitted this week that the question was posed to him on the field moments after the Tampa Bay Buccaneers won the Super Bowl, the seventh of his career, and it is a fair question, what more does Tom Brady have to prove?

Tom Brady says Gisele tried to get him to retire immediately following the Super Bowl pic.twitter.com/mmiifCYEup

As Tom Brady celebrated his Super Bowl win last month, his family ran onto the field, first his kids found him and hugged their father with joy. They were soon followed by Brady’s wife Gisele Bündchen, who asked him a question amid the confetti and celebrations, “What more do you have to prove?” It is a good question and one I asked before the Super Bowl when I wondered if Tom Brady should or would retire if Tampa Bay won the Super Bowl.

The simple answer is that Tom Brady could walk away from the NFL at any time as the greatest on field winner and performer of all-time. Brady, who will be 44 during next season’s training camp, isn’t about chasing wins or rings anymore, he has those in abundance. Rather the reason he wants to keep playing is one of pride, because he was told he shouldn’t be on the field at all.

Everyone knows Brady was the 199th pick in the 2000 NFL Draft as he shared playing time with Drew Henson at Michigan. Yet, Brady rewrote the rules on how to win at the NFL level, and rewrote the record books over the last two decades, defying the odds of what can and can’t be done by athletes in their mid-40’s while facing the kids of those whose fathers he also played with and against.

The legacy of Tom Brady is more than the seven Super Bowls he has won, or even that little black mark known as “Deflategate,” because his legacy is about being an underdog and proving everyone wrong.

Just as Michael Jordan did, Tom Brady finds the fuel for his drive from the slightest sign of disrespect he finds in the media or from his opponents. The poster child for Tom Brady’s success might be ESPN’s Max Kellerman, who predicted that Brady would “fall off a cliff” and his career would soon end, that was three Super Bowl titles ago.

However, don’t think that the child who grew up as a San Francisco 49ers fan didn’t notice Joe Montana calling him The Goat, or that he still doesn’t hear the words of Kellerman’s wrong prediction before games.

Tom Brady doesn’t need to prove anything to his wife and kids, and I understand why they would want him to retire; after all, football is a dangerous game. But when you have climbed the mountain that Brady has, you want to stay there as long as you can, which is what he did by leaving New England and proving them wrong when he signed in Tampa Bay, and won this past season.

TB12 will find another motivation for the 2021 season, there’s no doubt about it, and who knows, maybe the team will offer him a contract extension. However, in the end, Tom Brady is still having fun, and if the fun comes from winning or helping foster winning is open for debate, what Tom Brady has to prove is clear, at least to me.

Tom Brady wants to show that world that when you enjoy your job, you should keep doing it for as long as you can, and if you are having success, the work is easier to do … and the fact is that Gisele Bündchen might be Brady’s wife, but his first and only true love is football, something even she will never be able to change.

What More Does Tom Brady Have To Prove In The NFL? | TooAthletic.com

The post What More Does Tom Brady Have To Prove In The NFL? appeared first on TOOATHLETIC TAKES.