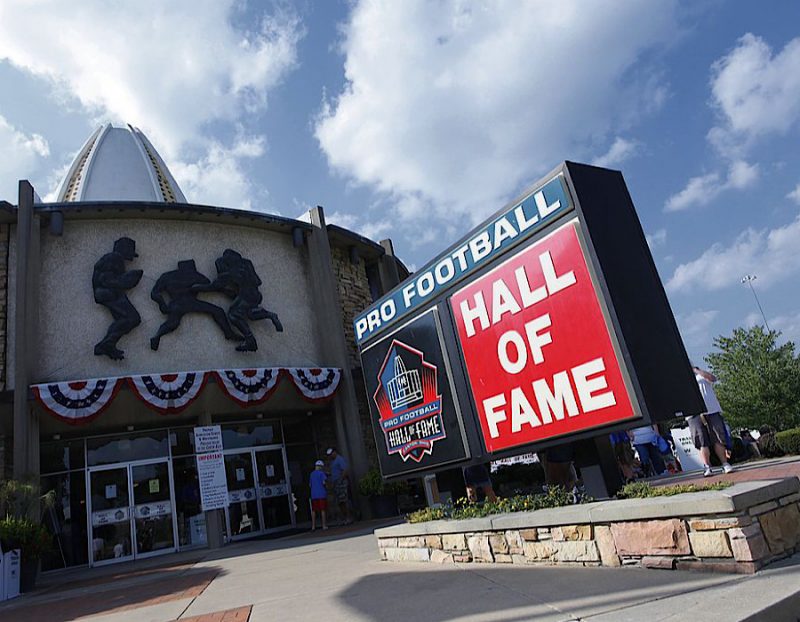 These 3 Players Should Be In The Pro Football Hall Of Fame | Sports Takes & News | TooAthletic.com

When it comes to sports Hall of Fames, there are always players who some deem worthy of enshrinement, yet for one reason or another have not had their day in the sun. After Julian Edelman announced his retirement, not only was his Hall of Fame resume debated (and rightfully rejected out of hand), many took to their keyboards and named the best NFL players who are just on the fringe of Canton, Ohio, but haven’t been invited in yet. After looking at these lists, I have complied one of my own, a trio of players I believe are deserving of the Pro Football Hall of Fame.

The first player is a wide receiver who not only caught passes for the Pittsburgh Steelers but was one of the last throwback players at his position who didn’t mind doing the dirty work known as blocking. A task that most divas who play the position wouldn’t know how to do in today’s NFL. His name is Hines Ward and while his stats may not overwhelm you, he is widely considered to be the most physical receiver of his era.

That time when Hines Ward scored a 70-yard TD for the @steelers … WITH ONE CLEAT.

Hines Ward was part of the Steelers’ two most recent titles, winning a Super Bowl MVP in one and being the team’s best receive during the second championship year. Ward is one of those players who you needed to see often to understand his greatness wasn’t often seen on highlights by ESPN, but his impact was felt on almost every play. That’s why I believe he should be and one day will be in the Hall of Fame.

When I think of the West Coast offense, I think not only about the quarterbacks or wide receivers who ran it so well for the San Francisco 49ers, but their running back Roger Craig. So important was Craig, he was the first back to amass 1,000 rushing and receiving yards in the same season.

It was always tough to bring down Roger Craig.

Doubters of Craig’s greatness might call him a product of the system he was in, and they might be right; but in football, wins are what matter regardless of the system you run, and when it came to the 49ers’ offense, no one ran it better out of the backfield than Roger Craig did, which is why I think it is a crime he is not already in Canton.

Bill Belichick was asked to write a letter to the Hall of Fame committee about one of his former players, and penned, “I do not believe we would have won three championships without him.” That player is defensive lineman Richard Seymour, who the Patriots head coach called, “unquestionably one of our key players.”

Having to block Richard Seymour couldn’t have been a fun experience. pic.twitter.com/Vftw6y1FP9

Seymour was a three-time All-Pro, a much more meaningful stat that being a Pro Bowler, and if “the genius” tells you he was important, you better listen. And as someone who saw him twice a season manhandle the New York Jets, there was little doubt in my mind that I was watching one of the best in the game, so for Seymour, it’s only a matter of time before he should get the call to join the Hall.

For these three players, greatness didn’t always show up on the stat sheet, but did on the scoreboard.  That’s because all three helped their team win in ways not measured by numbers. Voters often overlook the grinders of the National Football League since holding on to stats and highlights are an easier sell for them and those who they know will ask about who they voted for. Yet Craig, Ward, and Seymour are what pro football is made of: Heart, Determination and a Will to Win. That’s why in my mind they should be enshrined into the Pro Football Hall of Fame, because you can’t write the history of the NFL from the 1980’s, 1990’s, and 2000’s without talking about these three players or discuss some of the best teams in history without mentioning Roger Craig, Hines Ward or Richard Seymour, three of the best players in football history.

These 3 Players Should Be In The Pro Football Hall Of Fame | TooAthletic.com

The post These 3 Players Should Be In The Pro Football Hall Of Fame appeared first on TOOATHLETIC TAKES.