The NBA Should Get Rid Of This Dumb Rule 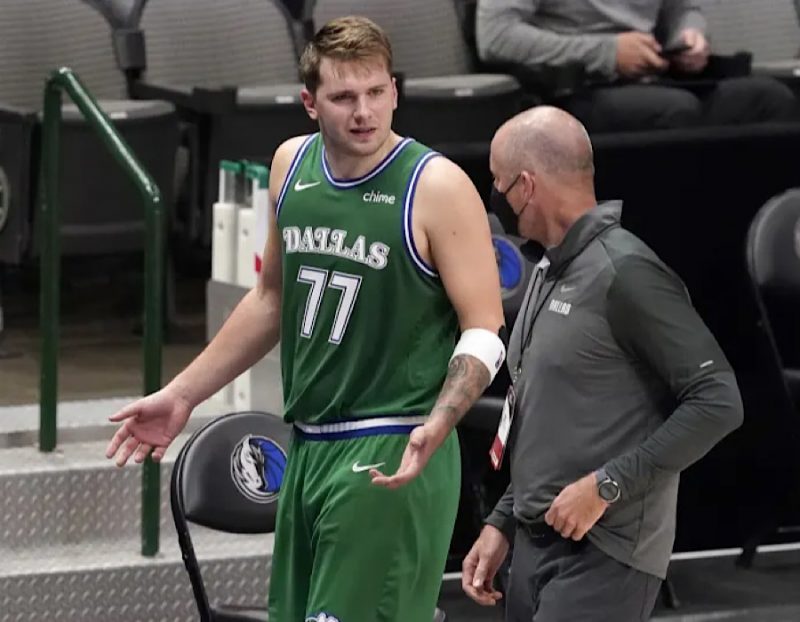 The NBA Should Get Rid Of This Dumb Rule | Sports Takes & News | TooAthletic.com

There’s one NBA superstar on the brink of succumbing to one of the league’s most troubling rules. That player is Luka Doncic of the Dallas Mavericks, and the rule, technically speaking, is akin to a baseball player getting hit by a pitch because he flips his bat or a football player doing a prolonged touchdown dance.

Luka Doncic on techs: "I won't get another one. Don't worry"

"I'm not worried. As a former guy that lead the league in technical fouls for 2 straight years, he'll be able to control himself"

As the NBA regular season approaches its climax, teams in the Western Conference are jockeying for position; with Dallas, Portland and the Lakers with identical records as we enter the first week of May. For the Mavericks, they face the prospect of playing one of their last eight games of the season without Luka Doncic, because of the NBA rules regarding technical fouls. That’s because on Sunday the animated star drew his 15th Technical of the season, leaving him one shy of a mandatory suspension for reaching the league limit.

I would like to make the case the NBA should abolish this rule.

It always troubles me when any sports league tries to govern and regulate passion during a game. This rule, as much as any other in the NBA, does just that since it punishes a player like Luka Doncic who shows his emotions on every play, and on every call.

True, many NBA stars know how to make their point to the thin-skinned league officials, and as such, are granted a little more leeway when it comes to “discussing” calls between plays. For the 22-year-old Slovenian who plays full speed with passion being his fuel, he often lacks the tact that others have in the league, causing many NBA officials to feel shown up, and as we have seen this year, feel forced to “T” him up.

The NBA doesn’t want or need to see a playoff spot determined by a superstar not being able to play due to receiving a technical foul over the last few weeks of the season. After all, with the new play-in games LeBron James and other stars are dreading the possibility of playing in, one official with a bad attitude or a personal agenda could influence the entire Western Conference playoff bracket.

This rule also forces one of the league’s best young stars to try and be something he is not for the last eight games of season, which is not only unfair to his team and their fans, but simply bad business.

If and when the NBA or any other sports league stops shoving microphones in the faces of its players minutes after an emotional game, then they can tell them to stop being emotional on the court or field. Until then, if leagues continue to want to see the raw passion that their world-class athletes put on display, they need to tell their arbiters to stop punishing that passion during games. Otherwise, we will end up with what will likely happen at some point this month, an impact player being forced to the bench for a game, probably a nationally televised contest, because he cared too much about winning and losing. Which is something all basketball fans would agree is bad entertainment, as well as bad for the league since Luka Doncic should be on the court for the Dallas Mavericks no matter how those blowing the whistles feel about his antics.

The NBA Should Get Rid Of This Dumb Rule | TooAthletic.com

The post The NBA Should Get Rid Of This Dumb Rule appeared first on TOOATHLETIC TAKES.

Inclusion in an age of radical collaboration