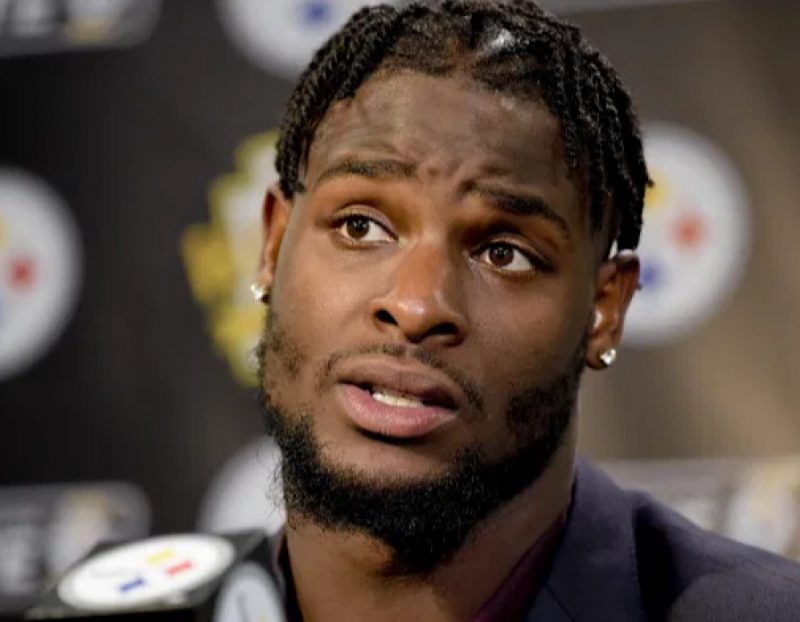 The NFL world was abuzz Saturday when running back Le’Veon Bell made it clear on social media that he won’t be back in Kansas City next season. The former Steeler and Jet has been finding life difficult since sitting out in 2018, with the 29-year-old appearing unwilling to take any of the blame for his own demise. However, one thing was made clear this weekend: with the player’s future now in doubt, the Pittsburgh Steelers were proven right to let Le’Veon Bell leave.

Le'Veon Bell didn't hold back about his time with the Chiefs.

Running back Le’Veon Bell was trending on Instagram this past weekend for all the wrong reasons after replying to a fan’s question about playing for Kansas City next season. Bell, who was allowed to holdout, and then leave as a free agent by the Pittsburgh Steelers, has seen his NFL career crash and burn since signing with the New York Jets in 2019.

Last season, during the second year of his four-year contract, the Jets released the highly coveted free agent from a year earlier, with Bell signing on with Kansas City for the rest of the 2020 season. Bell had little impact in the high-powered offense, with Andy Reid barely using him over the nine regular season games with the team.

Relationships are about getting to know people from the inside out. That’s why when a team like the Pittsburgh Steelers are willing to allow a player like Le’Veon Bell to holdout and leave as a free agent, they are telling you something.

In this case, what the Steelers told everyone is that Bell was a player who had seen his best days pass, and with the drama-filled baggage he carried with him to the locker room and field, wasn’t going to be worth the trouble despite his talent level. Now, instead of looking at himself, Le’Veon Bell has spent the last year and a half blaming everyone from former Jets’ head coach Adam Gase to offensive guru Andy Reid for his demise. What players don’t remember is that head coaches, general managers, and team owners want the best players on the field at all times. So, when a coach like Reid, who can work with just about everyone, keeps you nailed to the bench while making a Super Bowl run, it’s not because he is stupid, it’s because you are not good enough to help the team anymore.

Is it possible Andy Reid never wanted Le’Veon Bell on Kansas City’s roster? Of course, that wouldn’t be the first time that’s ever happen; but like any player, once Bell took to the practice field and proved to his teammates he still had the ability to perform, there would have been an outcry from the locker room to get him some game day touches. Does anyone remember that happening last season? Because I sure don’t.

The New York Jets paid for the success Le’Veon Bell had with the Pittsburgh Steelers, and Bell, still thinking he was the same player he was prior to his holdout, now can’t understand why coaches are not treating him like a Pro Bowl running back. Instead of pointing his finger at Gase or Reid, Bell needs to look at himself and ask, “What am I doing wrong?” instead of thinking that everyone else is to blame for his NFL career being much closer to the end than the beginning.

With recent indications that he wants to play in 2021, it is likely someone will get hurt in training camp and Le’Veon Bell will find an NFL home this season. While not appearing to be worthy of number one running back status anymore, Bell will need to pick his next home carefully, with any team that does offer him a contract making their intentions clear to him. That’s because Le’Veon Bell, when unhappy, can be a distraction and a disruptive force in any locker room, making him a danger to any team’s on-field success. Which means, of course, that Bill Belichick and the New England Patriots will sign him soon to an incentive laced contract and Le’Veon Bell will be a Pro Bowler again this season, because that’s the kind of head coach this player needs to work with, period.

Captain of sinking boat arrested after 34 people rescued in…