Should Flopping In Basketball Draw A Technical Foul? 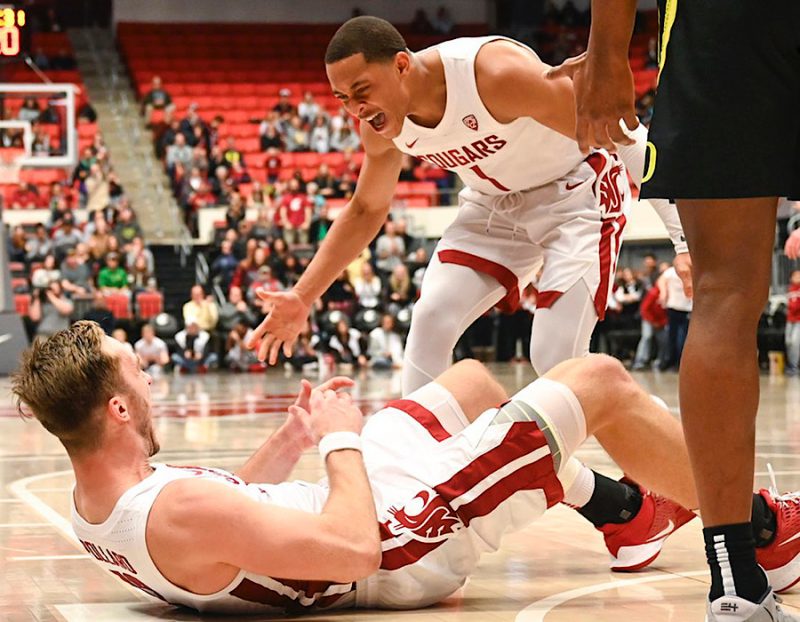 Basketball has become a sport known for the flopping amongst its players. For the NBA, the best they can do is force players to write a check for flopping as they draw a fake foul. In college basketball, where players cannot be fined by their team or the NCAA, an idea is being discussed to control flopping. That idea is calling technical fouls, and I think it’s a great idea and one the NBA should look at, and quickly adopt after seeing how well it works.

Current rules in the men’s college basketball have referees issue a warning to a player who flops after drawing contact. According to a new rule being discussed by the rules committee, the warning would no longer be mandatory, and officials would be permitted to issue a technical foul to any player for the following:

Tad Boyle is the head coach of the Colorado Buffalos and the chairperson of the NCAA’s men’s basketball rules committee. When discussing the new rule, he simply said in a statement, “We are trying to get flopping out of our game. We’re asking the officials to call them when they happen.”

Yes, basketball fans, there are sports Gods watching over our games, because this rule is something that not only college needs, but the NBA as well. That’s because both levels of the game have reached the point where so little contact is allowed, that game officials are no longer able to permit any to take place, thus making the shot flop and head bob too easy to call a foul on.

I am by no means calling for a return to the days of “no blood, no foul,” in basketball; but getting rid of contact fouls after a shot is released by the shooter is a must if basketball wants to continue playing the up-tempo daily, fantasy sports and gambling friendly games it clearly wants to.

The issue, like with other sports, is time, specifically the amount of time it takes to play both college and NBA games. I know a Saturday night NBA game won’t end by 11:00 PM ET anymore, because there are too many fouls and commercials; just as I know a college game is lucky to be finished in two and half hours, with tournament games often taking longer.

Just like baseball, who has seen its game dying on the vine from a lack of action on the field, the last thing anyone wants to see in a basketball game is a free throw shooting contest. So, unless you are able to have a rule that keeps the clock moving during free throw attempts, there needs to be less fouls, not more in basketball, which means getting rid of flopping on offense and defense.

Let’s hope the NCAA brings about this change and other basketball leagues (looking at you Adam Silver) watch it to improve play on the court and speed up games; two things every fan and league should want. Then, let’s have the NBA bring about this change, because we know it will make the “technical foul happy” referees happy, and give the league’s players something else to complain about, which always makes for good Twitter conversation.

Should Flopping In Basketball Draw A Technical Foul? | TooAthletic.com

The post Should Flopping In Basketball Draw A Technical Foul? appeared first on TOOATHLETIC TAKES.