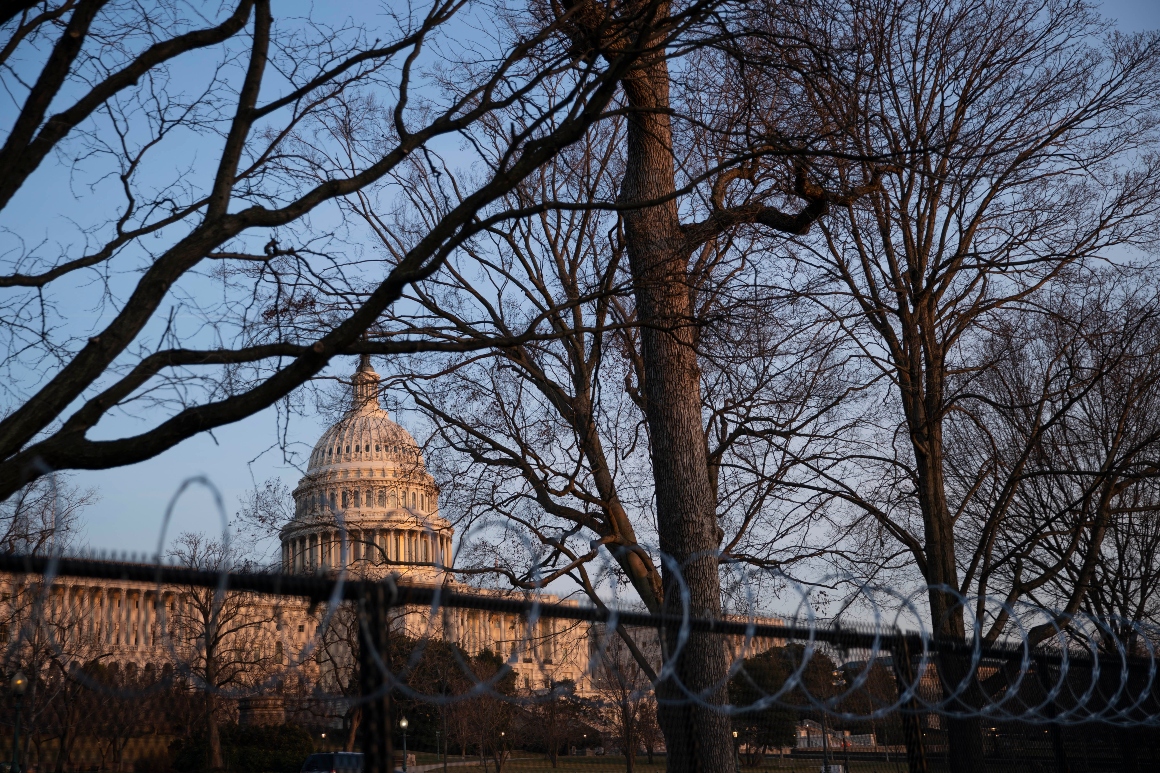 Wray and the FBI were not the only ones pressed by lawmakers about missed warning signals and the faulty response to the Jan. 6 attack by supporters of former President Donald Trump. The lack of preparation by both the Pentagon and the Capitol Police’s emergency units also came under fire, as lawmakers continue to reckon with the security failures that allowed an invasion of the Capitol while they voted to certify the presidential election.

Democrats hammered two Pentagon officials over the delay in the response to the insurrection. In her opening remarks, Maloney said the Pentagon “took far too long” to act on Jan. 6 despite warning signs and pleas from other law enforcement leaders that day.

“This is a shocking failure,” she said.

Despite previous law enforcement officials’ testimony that Army Staff Director Lt. Gen. Walter Piatt recommended against deploying troops to the Capitol because of the “optics” of sending armed soldiers, both Piatt and Gen. Charles Flynn denied using the term “optics” in discussing the Pentagon’s response to the insurrection.

“I did not use the word ‘optics,’ nor did I hear the word used during the call on January 6, 2021, in response to any requests for support or during the planning and execution of that support,” Flynn told lawmakers, adding that he did not hear other Army leaders use the word. (Charles Flynn is the brother of Michael Flynn, who served as national security adviser to Trump and has disputed Trump’s election loss to President Joe Biden.)

Rep. Glenn Grothman (R-Wis.) pressed Wray on whether the FBI has arrested any people who entered the Capitol on Jan. 6 who may not have realized that they lacked permission to do so. He described it as “breaking the law without having any way of knowing they’re breaking the law.”

Grothman said his constituents were worried that some individuals swept up in the 500 or so federal criminal cases related to the Capitol riot did nothing other than walk into the building with the consent of or a lack of resistance from Capitol Police.

“People are concerned about a certain class of person. I want to know if you think those people existed,” Grothman said.

“I really can’t say,” Wray said. “ What I would say is people who have been arrested have been arrested because they violated federal criminal law. … We’ve had 500 arrests and they range in all sorts of variations in facts and circumstances.”

More than 100 of those cases involve only misdemeanor charges and no allegations of damage to property or assaulting police.

Rep. Gerry Connolly (D-Va.) reacted angrily to his Republican colleagues’ focus on the least culpable subset of participants in the unrest at the Capitol on Jan. 6, describing it as an effort to whitewash the violence of that day, including the five deaths and two suicides by police officers that followed.

“Ignoring that, distracting it, denying it, gaslighting it, calling it just a bunch of tourists who got a little carried away is repugnant and a dishonor to the memories of those who did die, and a dishonor and disrespect to those who were willing to put themselves at risk on our behalf and more importantly for the republic for which we stand,” Connolly said.

“Thank you for those 500 arrests and I hope there are 500 more,” the Virginia congressman added. “Everyone who participated in this outrage should be brought to justice.”

Acting Capitol Police Chief Yogananda Pittman had also been invited to testify, but she could not attend because of a conflict, an announcement that dismayed several members of the committee. Maloney said Pittman would testify before the committee on July 21.

Tuesday’s hearing took place at the same time as another investigative hearing before the House Administration Committee. Capitol Police Inspector General Michael Bolton faulted the department’s emergency units for their lack of preparedness, in testimony on his latest security report. He also noted their training with a company called “Northern Red” could make staff feel unsafe, due to symbolism on their website linked to “extremist ideology.”

According to his testimony, the Capitol Police spent $90,075 in 2018 and 2019 for an emergency response team to work with Northern Red, which boasts the motto: “For those who have hunted armed men training is never the same,” according to the company website. As Roll Call first reported, the website also displays symbols linked to white supremacists.

“Acting Chief Pittman and all of the USCP leadership team takes extremist ideology seriously and are working on a plan to ensure that kind of cancer does not find its way into this Department,” the department said in a statement. “It has no place here.”

Bolton also noted equipment shortcomings on Jan. 6, when rioters stole a dozen vests and a dozen helmets due to a lack of security. First response officers also lacked non-lethal weapons that could have made a difference, and they were not certified to use the M4 rifle, Bolton said.

House Democrats are still weighing their options on how to proceed with future investigations into the insurrection after Senate Republicans filibustered a bipartisan bill that would establish an independent commission on the attack. Following a Tuesday morning meeting with committee chairs, House Speaker Nancy Pelosi said Democrats were still weighing their options but expected a “cascade of activity from committees” in the interim.

How AstraZeneca threw away its shot – POLITICO