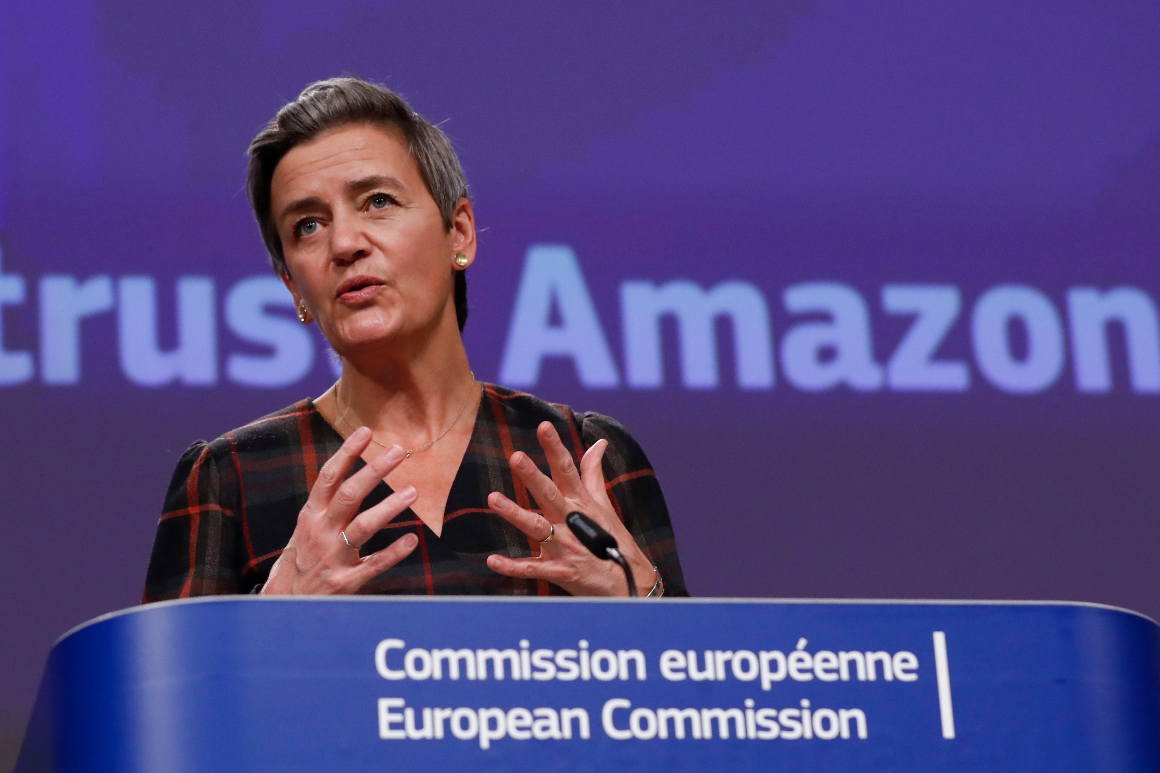 Less than a year after her court defeat over a €13 billion case against Apple’s tax affairs in Ireland, the EU’s top antitrust enforcer Margrethe Vestager is once again taking aim at the iPhone maker.

In charges announced on Friday, the Danish politician accused the iPhone maker of abusing a dominant position to distort competition in the music streaming market, handing an early win to the chief complainant in the case, Sweden-based Spotify.

The case marks a return to center stage for Vestager, who has suffered a string of defeats in EU courts on some of her flagship cases, including the landmark showdown with Apple.

But it’s also set to revive a tense dynamic between the European enforcer and Cook, which famously exploded into public acrimony in 2016 when she announced her decision against Apple in the tax case.

“It’s maddening, it’s disappointing, it’s clear that this comes from a political place, it has no basis in fact or law,” Cook said at the time. “It’s total political crap.” (He was to be vindicated when the bloc’s top court overturned the tax decision last year. Vestager’s office is appealing the ruling.)

This time around, Cook has avoided commenting publicly on the Commission’s new case. But amid a flaming public relations war between Apple and other tech companies, namely Facebook, over changes to its App Store, the latest charges are set to crank up the temperature once again.

Indeed, Vestager’s new case takes aim at a key source of revenue for Apple — how it charges app developers to be featured in its App Store, its second-most lucrative business after selling iPhones.

“Our preliminary finding is that Apple is a gatekeeper to users of iPhones and iPads via the App Store,” Vestager said on Friday at a news conference unveiling the charges. “Apple deprives users of cheaper music-streaming choices and distorts competition.”

Disputed practices include charging high commission fees on each transaction of rivals in the App Store and preventing rivals from informing customers of alternative subscription options.

Apple now has the opportunity to respond to the antitrust charges, which could lead to settlement negotiations or the Commission pushing ahead with a fine and an order to change practices.

But Vestager is not ready to rest with just one case.

The Commission last year simultaneously launched two other investigations into Apple’s App Store — one concerning e-books and audiobooks, the other on competing apps in Games and iCloud. Separately, it launched an investigation into Apple Pay.

“This is not the last case that we will have when it comes to the App Store,” Vestager told reporters on Friday.

For Apple the claim by Spotify — one of Europe’s most successful, if not only, streaming platforms — that it was harmed by the App Store policies does not square with the service’s popularity.

“At the core of this case is Spotify’s demand they should be able to advertise alternative deals on their iOS app, a practice that no store in the world allows,” an Apple spokesperson said.

“Once again, they want all the benefits of the App Store but don’t think they should have to pay anything for that. The Commission’s argument on Spotify’s behalf is the opposite of fair competition.”

India launches effort to inoculate all adults against COVID

Australians could face jail or fines if they return from India