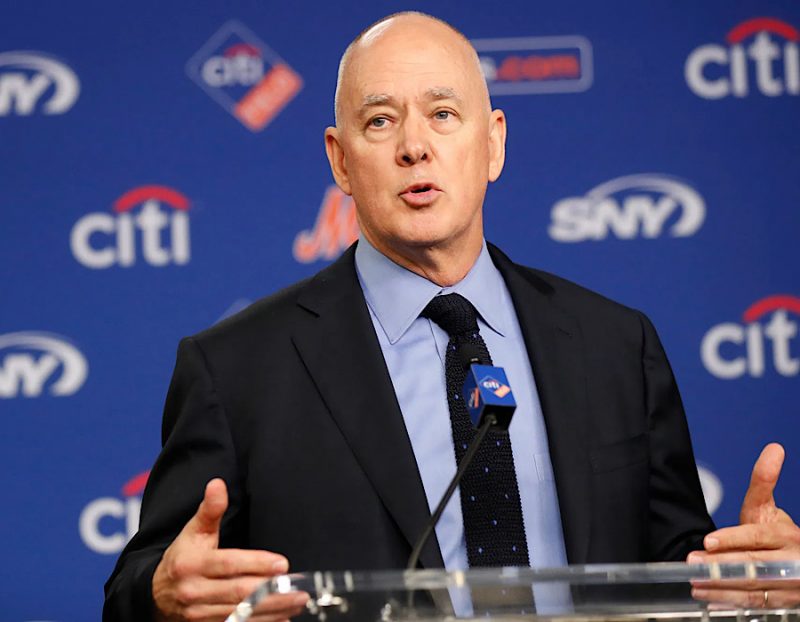 The true scope of the scandal inside the offices of the New York Mets reached the light of day on Friday when The Athletic detailed the sordid details of how team employees were sexually harassed. Making an already bad situation worse was team president Sandy Alderson, whose question to reporters and overall cavalier attitude towards the situation makes the franchise look worse than they already do. As a result, new Mets’ owner Steve Cohen has only one decision to make, when to fire Sandy Alderson for representing everything that is wrong with his franchise?

While being asked about the allegations of sexually harassment that took place inside the offices of the New York Mets, Sandy Alderson asked this question:

“Is there ever a statue of limitations on coverage of some of this stuff?”

“This stuff” that Alderson is referring to is the repeated sexual harassment of team employees, and in the case of the Mets president, the rehiring of someone who has allegations made again him while Alderson was the team’s general manager.

As the report in The Athletic states, Alderson was asked by employees not to bring back an employee, named David Newman, who he rehired when he returned to the team under new owner Steve Cohen earlier this year.

Sandy Alderson is 73 years old, and is clearly, shall we say “out of touch” with today’s world when it comes to how sexual harassment is treated in the workplace. The comments he made on Friday in response to story posted by The Athletic are irresponsible for a man in his position or anyone who has any potential knowledge of what someone working under his charge may have done.

I echo the words of David Samson, a former Major League general manager himself when he says:

“Don’t try to downplay what people are feeling. There is no statute of limitations for uncovering these wrongdoings … I believe what he said in this article today is the end of Sandy’s career.  And I don’t say that lightly.”  Samson added, “Steve (Cohen), if you’re serious about changing the toxic culture that you both inherited and perpetuated in your previous life, current life and existing life then Sandy Alderson cannot be the leader of your organization.”

I am a die-hard Mets fans and would love nothing more than to watch them win their first World Series since 1986. With that said, Samson is right, the toxic culture that has invaded the franchise needs to be purged before anything that happens on the field matters … and right now that means getting rid of all the elements that have created that toxic environment, including Sandy Alderson. That’s because for too long the mantra in sports was a team would sign the devil if he was able to help them win. Those days, however, are over in sports, including for those people who work in the front offices of every franchise.

If any sports league wants to try and take the moral high ground by moving an All-Star Game, then they must first make sure their stadiums are not glass houses that sinners throw stones out of at the rest of the world. In this case, not only is the sinner throwing stones, but they are also belittling the feelings of those they victimized publicly, showing no regard for them or anyone else who suffered the same fate they did on their job or in their lives.

I want the New York Mets, Major League Baseball and all of sports to lead the changes we want in society by example, not with empty words. If MLB commissioner Rob Manfred wants to be the morality police and move an All-Star Game out of Georgia, then he now must call Steve Cohen and tell him to remove Sandy Alderson from his front office. Because if he doesn’t, then what MLB did was clearly a public relations ploy and nothing else, and rings hollow to me, and should ring hollow to every baseball fan in America.

Do the right thing Steve Cohen, and fire Sandy Alderson now; otherwise your own credibility will suffer more damage than you can fathom.

China not discriminating against foreign journalists