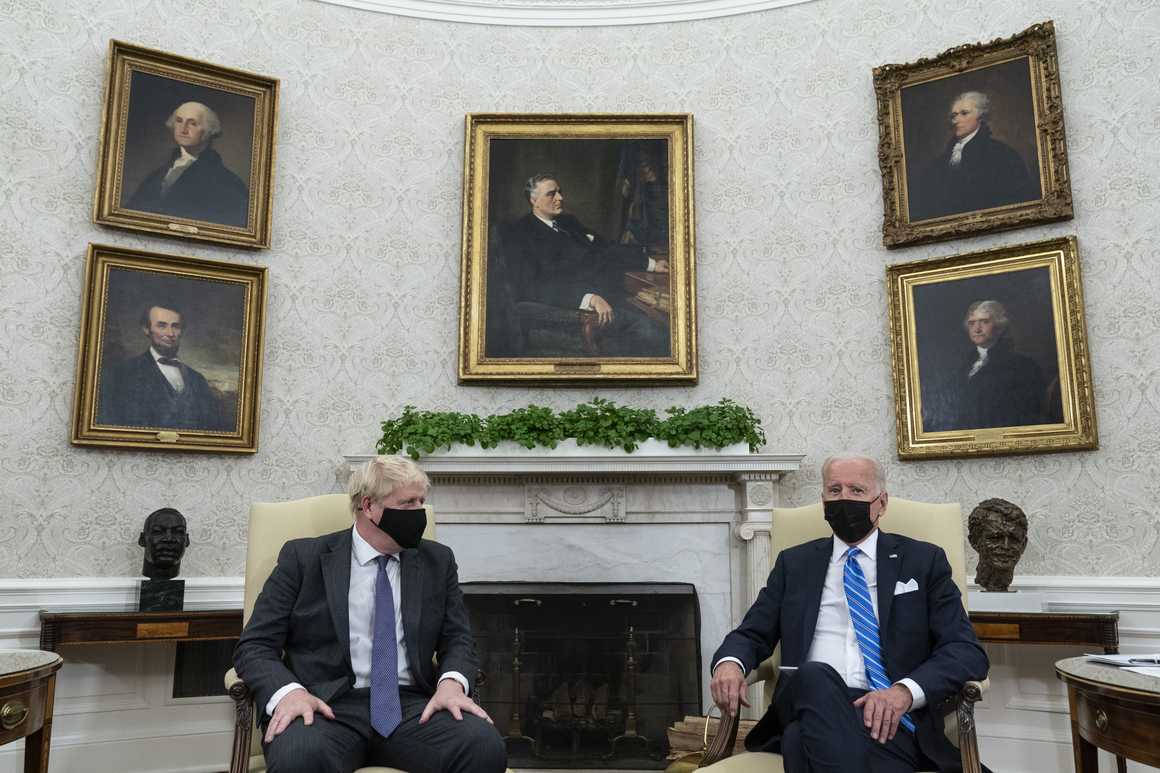 Asked during a meeting between the pair in the White House Tuesday whether Britain was at the “back of the queue” for a deal with Washington, Biden said: “We’re going to have to work that through.”

The “back of the queue” line references the warning former President Barack Obama issued during the Brexit referendum campaign in 2016 — that the U.S. would look to bigger partners first for trade pacts.

“To do with the U.K., that’s continuing to be discussed,” Biden said in the Oval Office.

But he warned Johnson not to put peace in Northern Ireland at risk, amid ongoing tension about its open borders with Great Britain and the Republic of Ireland due to new customs checks post-Brexit.

Biden said he felt “strongly” about the Northern Ireland protocol — the new set of rules for managing the borders.

“We spent an enormous amount of time and effort, the United States, it was a major bipartisan effort made,” he explained. “And I would not at all like to see, nor I might add would many of my Republican colleagues like to see, a change in the Irish accords, the end result having a closed border in Ireland.”

‘Sex and the City’ star Willie Garson dies at 57