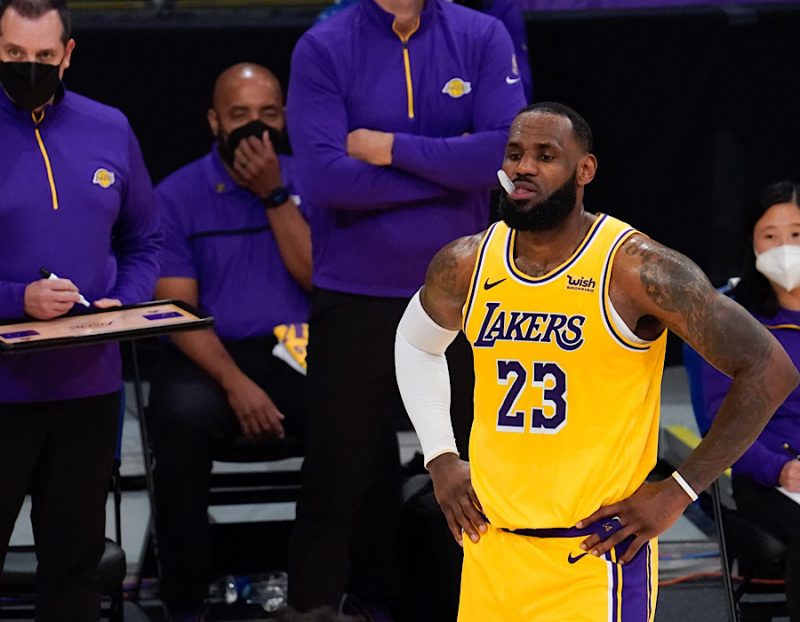 Saying the words “workload management” around any NBA team is bound to draw a reaction. If those words are spoken around the Los Angeles Lakers and in earshot of LeBron James, they will likely provoke a stare like only James can provide. But while James and the Lakers often frown upon giving their players games off or reducing their minutes in games they play; their most recent games is the proof the NBA needs to show players that everyone needs a break from time to time … especially 36-year-old players who don’t have any stars on the court with them.

With only a few days left in February, so far this month we see LeBron James averaging a league-high 38 minutes per game; and with his hand-picked sidekick Anthony Davis out of action until the middle of next month, James is often playing 40 minutes per game in his absence.

The extra minutes are showing in James’ game as he entered Wednesday night’s game in Utah shooting less than 25% from beyond the three-point line after starting the season over 41%. As a result, the Lakers, who were seventh in overall scoring have fallen to tenth during the month of February. All this has seen the defending champs slip in the Western Conference standings, where they are now third, 3.5 games behind Utah and closer to fifth place than first.

LeBron James is one of the last NBA players to believe that rest and workload management works, but clearly, he is tired and not willing to look at the raw data that tells him playing extra minutes not only hurts his own game, but his team as well.

It is natural for any athlete’s performance to be impacted by strength, not just of body, but of mind; and with all the controlling LeBron James does on the court during a game, is it any wonder that more minutes in one game and additional minutes over many games has hurt, not helped him and the Los Angeles Lakers?

This can’t be about ego with LeBron James and the Lakers can’t allow him to do things that he wants that will hurt their team. This is more about getting the most seasons out of James than it is seeing him run himself into the ground. Because if James continues to play at this pace, his performance in future games this year and in later years will likely fall off faster.

So, unless James already knows when he plans to retire and is playing with that in his mind (something which is possible), then the Los Angeles Lakers need to learn one simple word, NO; and they need to tell their all-time legend that those four extra minutes he wants to play in February and March will be better used in the spring. Otherwise both will be at fault for running James into a early retirement, and perhaps with one or more fewer championship rings in his trophy case.

Barack Obama has some advice for young activists: ‘be…

President Biden and Kamala Harris did not fly aboard Air…