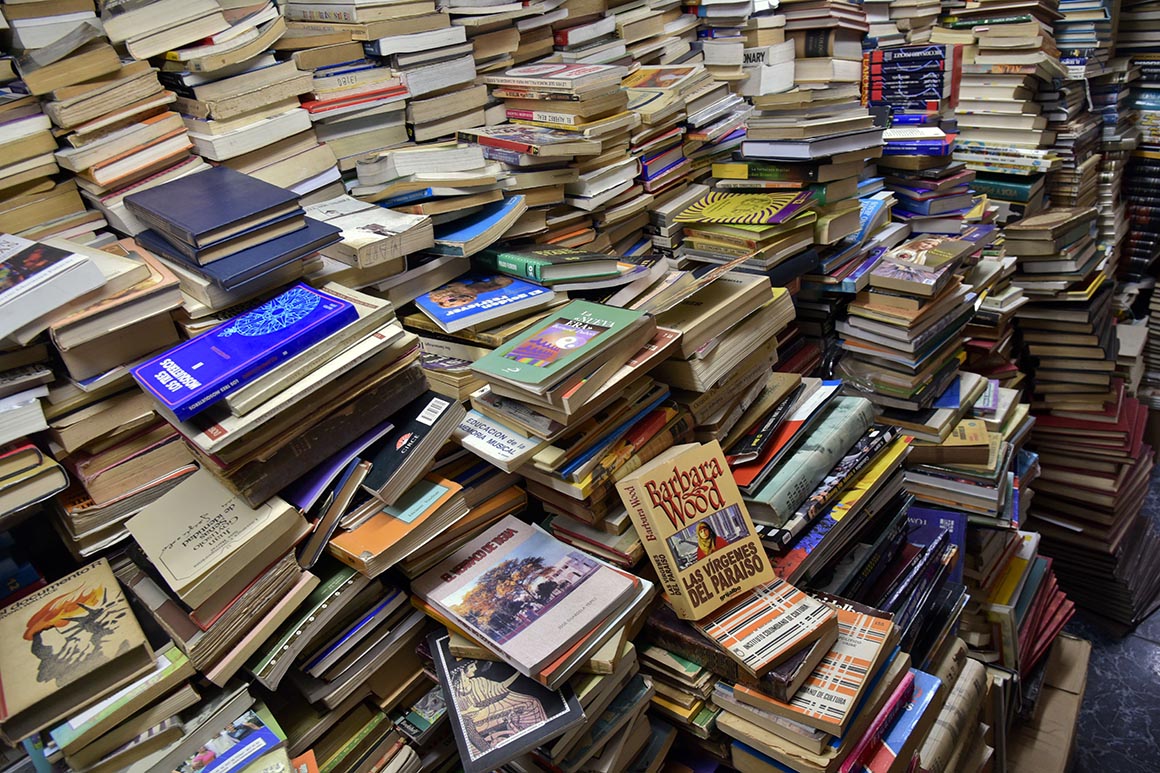 PARIS — Who remembers that Amazon used to be an online bookshop? Well, France does.

In a fresh swipe at the e-commerce giant, French lawmakers will this week examine a draft law that would effectively stop Amazon from offering virtually free delivery for book purchases — a major selling point for the online platform versus traditional bookstores.

The draft law, which comes from the Senate and has the backing of President Emmanuel Macron himself, aims to protect brick-and-mortar shops from competition with Amazon, which has left them reeling. It’s the latest in a series of moves designed to shore up local culture against foreign tech firms, which has included backing press publishers against Google and Facebook, and supporting TV broadcasters against Netflix.

“The objective is to reduce the distortion of competition between online players who can offer book deliveries at one cent, and the others,” said Géraldine Bannier in an interview. Bannier, an MP from Emmanuel Macron’s allied party MoDem, is in charge of the bill in the lower house.

The text, which will be reviewed by the National Assembly’s culture committee on Wednesday, is slated to require a minimum rate for book deliveries. In other words, Amazon’s promise of virtually free shipping for books would no longer be legal in France.

The U.S. e-commerce giant is opposed to the new rules, according to multiple French officials, who said the firm was lobbying against them.

French politicians have long defended independent bookstores against the U.S. tech company — once described by Paris Mayor Anne Hidalgo as “the death of bookshops” — and some have even called for Amazon boycotts.

Between 2006 and 2019, the market share of France’s 3,300 independent bookshops has reportedly decreased by almost 3 percentage points because of the competition of online retailers such as Amazon and Fnac. During the first coronavirus lockdown, bookshops also had to close — but were labeled “essential businesses” in early 2021 and allowed to remain open. In 2020, one out of five bookshops lost more than 10 percent of revenues compared with 2019.

France is no stranger to regulation of the book sector.

In the early 1980s, the country passed a law on a “single book price,” whereby publishers have to decide on prices. Distributors then set their own in a very limited window between 95 and 100 percent of the price dictated by the publishers.

On top of this rule, free deliveries are technically not allowed. Policymakers are now under the impression that the wide range of delivery rates — from €0.01 to up to €7 depending on the distributor — is defeating the law’s purpose of having only one price for books.

The new bill would require retailers to charge for shipping books at a minimum price that will be set by the economic and culture ministries, based on a proposal by the telecom and posts regulator Arcep. It would also require online platforms to differentiate more clearly between new books from second-hand books.

The text was initially drafted by Laure Darcos, a senator from the conservative Les Républicains party, who previously worked for the book publishing industry. “It wasn’t an easy choice, because we make consumers pay again,” she said in an interview.

Darcos’ draft legislation has got one very important backer: Emmanuel Macron, who before the summer break said there was a competition issue between multinationals and independent book stores.

It is no secret that the bill is targeted mostly — if not only — at Amazon, who built its global empire on cheap and fast delivery.

“It is a well-known fact that this operator’s strategy is to sacrifice its profitability in order to conquer the market through aggressive pricing policies. It compensates its losses by offering other services, which amounts to making the book a loss leader,” Culture Minister Roselyne Bachelot said in June, during debates in the Senate, adding that the bill aimed at “directly contradicting this strategy.”

And Amazon has unsurprisingly pushed back against the new rules.

“Amazon is afraid that it will set a precedent. They want to be monopolistic on the online sales of book — I press where it hurts,” Darcos said.

The e-commerce giant has argued that higher delivery rates would harm rural areas with little access to physical bookshops, according to multiple people briefed on the company’s arguments. The U.S. tech giant also argued they would be the only ones benefitting from higher fees because that would mean more margins, one of the people said. (It’s not uncommon for tech multinationals to try and convince policymakers that regulation would be counter-productive because it would actually benefit them.)

The new rules are backed by the Syndicate of French bookshops, but also by Amazon rivals such as Fnac and Leclerc, as retailers are forced to lower delivery fees and gnaw on their own margins to compete with the deep-pocketed U.S. tech giant.

The bill will go to the National Assembly’s plenary session in early October.

Ivanka Trump and Jared Kushner tried to attend meeting with Queen Elizabeth II but were stymied when there was no room in the president’s helicopter for them: book