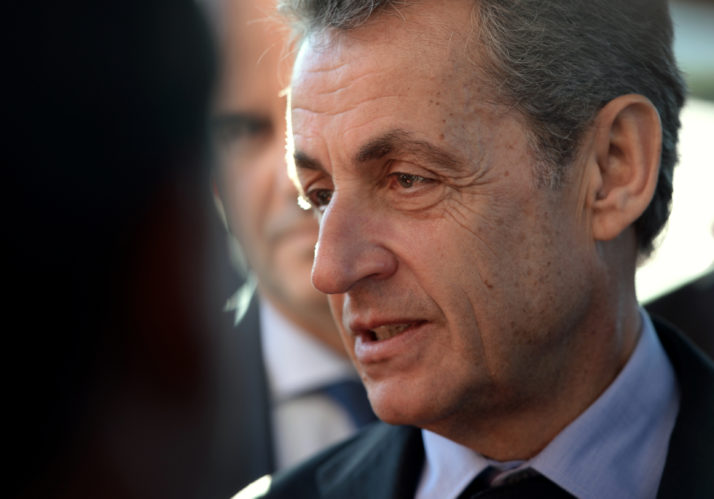 PARIS — Former French President Nicolas Sarkozy has been sentenced to three years in prison after being convicted of corruption and influence peddling.

Sarkozy, who served as president from 2007 to 2012, was accused of having offered a judge a plum job in exchange for confidential information related to another trial he was facing.

On Monday, a court in Paris sentenced him to three years in jail, two of them suspended — although it’s unlikely he will be moved to prison as the term can be served under conditions such as house arrest.

Sarkozy, who has denied all allegations against him throughout the trial, can also appeal the decision.

Although he is officially retired from politics, Sarkozy remains a potential contender for the 2022 presidential campaign, with his allies regularly hinting at a potential comeback. Monday’s court decision deals a serious blow to that prospect.

During the court hearings, which took place last fall, he and his associates argued that the trial was built on “lies” and politically motivated.

Corruption allegations against the ex-president surfaced after investigators wiretapped conversations between Sarkozy and his lawyer Thierry Herzog as they were looking into allegations of Libyan financing in Sarkozy’s 2007 campaign.

The recordings showed Sarkozy and Herzog had discussed contacting Gilbert Azibert, a magistrate at the Court of Cassation, France’s court of last resort for criminal cases, to try to gain information on a separate investigation into whether the ex-president had received donations from L’Oréal heiress Liliane Bettencourt.

Prosecutors said Sarkozy and his lawyer discussed offering a prestige post in Monaco to Azibert in return for information about the Bettencourt case, which was eventually dropped.

Herzog and Azibert were also on trial with Sarkozy and similarly charged with corruption and influence peddling. They were also sentenced to jail terms.

The corruption trial is one in several cases Sarkozy is involved in. Next March, the former president is due in court over accusations of violating campaign financing rules during his failed 2012 reelection bid.

This article has been updated.

Huawei daughter back in Canada court in US extradition case