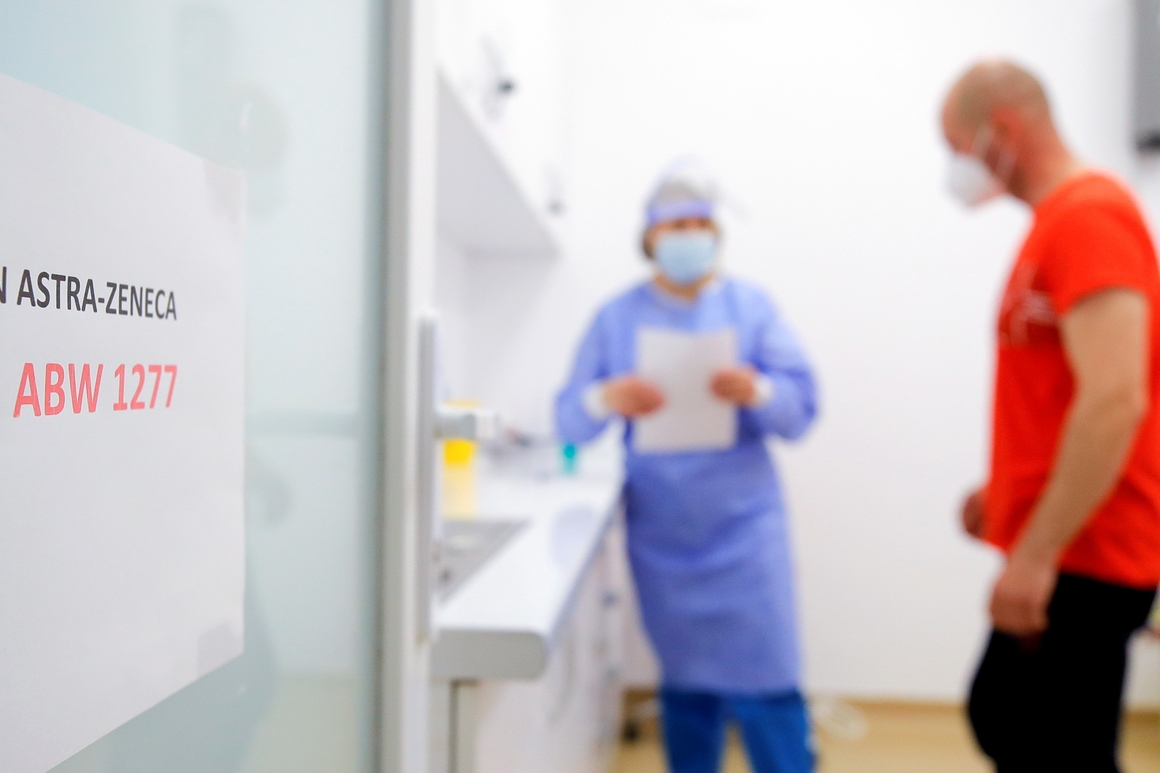 Europe’s plans to introduce “world-beating” apps to track and trace coronavirus cases was a disappointment. Vaccine passports are heading down a similar path.

As European governments set about developing their own bits of tech to check whether people are vaccinated, tested, or recovered — all in a bid to facilitate travel within the bloc for the summer — familiar concerns over how those bits of tech will interact with each other are resurfacing.

Take Estonia. Ever the digital trailblazer, the country is developing its own vaccine passport, with a pilot version due out at the end of the month.

“The whole process has been extremely fast for any kind of government or public organization, let alone the European Commission,” said Ain Aaviksoo, chief medical officer of Guardtime, the Estonian tech company working on the Estonian vaccine passport.

The only problem is Estonia’s app will be rolled out before the EU agrees on common standards.

“It is a risk on our behalf, it’s a risk on behalf of the Estonian Government,” Aaviksoo acknowledged, especially since it’ll be ready before the European Commission implements its own data infrastructure for the vaccine passports to work together.

Every country, and company, for itself

The European Commission laid the groundwork last month with its vaccine passport proposal — Digital Green Certificate in EU parlance. The “certificate” would display a QR code containing a digital signature emitted by a national public authorities certifying vaccination, a negative test or recovery. European countries will need to have their own national secure databases with the signatures and health data. The plan includes provisions to keep data safe.

But despite the Commission’s efforts to keep things as coordinated as possible, a dizzying number of governmental and international initiatives are popping up.

The question is whether the QR code and what’s behind — the health data, the way they’re organized, processed and stored — will work together. Several projects have already been launched and are being used. Governments have different timelines, resources, and levels of digitization in their administration and healthcare.

Apple and Google aren’t the chief developers. A number of different companies are developing solutions for governments and lobbies based on different standards.

Guardtime (and Estonia), for example, is working with the World Health Organization, which is developing its own global standards for a “smart vaccination certificate.”

The International Chamber of Commerce, a business lobby, and the airline lobby IATA have already released their own — different — apps, which are already being used. The U.S., having passed on developing its own passport, is helping companies set standards for their own. The Vaccination Credential Initiative is brainstorming its own set of standards with more than 200 members including Oracle, Microsoft, and Salesforce.

In the case of Europe, the ability of the different apps to work with each other, known as interoperability, is essential for the resumption of travel and social events like concerts and football matches. But it’s unclear whether the certificates under development will be able to do that — a problem faced by the corona apps, too.

In Estonia, the country’s coronavirus tracing app is not interoperable with other European apps. The issue is currently being solved, said the Estonian ministry of social affairs, which is in charge. It said the vaccine passports will not be part of the COVID app.

In contrast, France is planning on integrating its vaccine certificate into its corona app, according to an official at the country’s health ministry. France’s corona app doesn’t work with other EU apps.

“The first technical tests are already well advanced, even though we still need to establish that the initiative will be interoperable with the European Commission’s plan,” the official said.

Do people want it?

As with the corona apps, it’s unclear whether people will participate.

In France’s case, for example, only one in five people downloaded the app. The digital certificate is doomed if the download rate stays the same.

Public support for vaccine certificates in European countries is mixed. In privacy-conscious Germany, 41 percent of people back the scheme, according to a poll conducted by communications consultancy Kekst CNC last month. That hasn’t stopped the country from contracting a consortium led by IBM for €2.7 million to develop a vaccine certificate, even as criticism of corona apps continues to circulate.

While enthusiasm is more palpable in the U.K. than in the rest of EU, the British government also faces questions about the certificate’s development. The same digital unit at the NHS behind the failed COVID tracing-app has been working on the vaccine passport, according to the Times.

One way to better sell vaccine passports would be to ease privacy concerns, experts said. Gabriela Zanfir-Fortuna, senior counsel for the Future of Privacy Forum, said that while she hopes data protection lessons from the “contact tracing saga” will hold, she insisted on the necessity for “increased scrutiny” for the vaccine passport.

National data watchdogs are keeping a close eye, insisting on any proposals keeping to the bloc’s data protection rules. In a joint statement they also asked if EU data would be moved out of the bloc as a result, and what safeguards are in place if it is.

They also want it to be a one-time thing, warning that personal data should not be processed, accessed or used once the pandemic is over.

There’s not a lot of time to do it. The Commission wants a deal by mid-June, right as the summer season approaches. The Commission and Parliament are expediting legislative procedure to get a deal done quicker.

Aaviksoo, of Guardtime, said his company would be happy to work on interoperability once there’s a collective agreement, and once there’s data infrastructure in place. “We are capable of adapting to that, should those two steps also be passed,” he said.

Trump-era spike in Israeli settlement growth has only begun