Eli Manning Takes A Shot At The New York Media 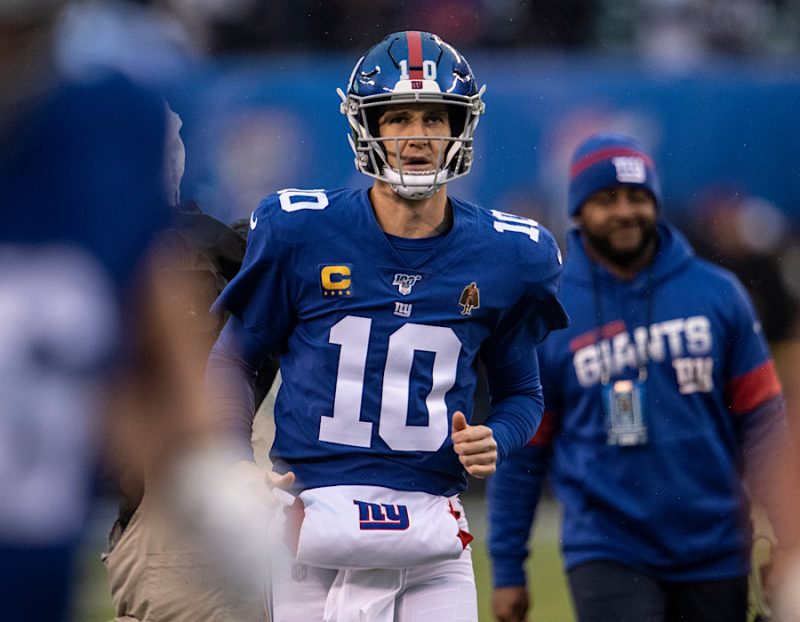 Former Giants quarterback Eli Manning said in a recent interview that if he knew before the 2004 NFL Draft how tough the New York media was, he may not have forced his way out of San Diego and instead played with the Chargers. These comments, made by a career .500 quarterback who was often carried by a stellar defense proves that Eli Manning was, is, and will always be clueless about his surroundings and, truth be told, how much of an asshole he is.

When it comes to quarterbacks, Eli Manning might have been an ironman on the football field, never missing a game due to injury, but off the field he continues to display his thin skin in retirement. Why else would he be holding grudges against the New York media for writing tough stories about him during his playing days?

Did Eli Manning forget how much praise was heaped upon him during his final days in uniform or after his retirement? And did he really not know BEFORE the 2004 NFL Draft that San Diego’s media might have been a little bit easier to handle than the New York media?

It would appear that up until the arrival of Manning, New York’s media was fair and balanced, and only after the arrival of an average quarterback who had two good postseason runs did that same media become mean and nasty, putting out hit piece after hit piece on Eli Manning. I suppose the New York media was also too harsh when covering how Eli Manning was scamming fans by selling “game used’ helmets that Manning himself never used, or how he repeatedly made the same mistakes later in his career that he made early on before becoming a two-time Super Bowl MVP. And I guess those New York media members who supported and defended Manning’s questionable Hall of Fame credentials are also out to get him.

It is so sad to see someone who is beloved by so many fans still carrying the dislike that Eli Manning has for members of the media who were only doing their job. For him or any other athlete to proclaim they didn’t know how tough the New York media was before their career began in any professional sport is beyond disingenuous, it’s downright insulting to everyone in the city.

This only reinforces to me why Eli Manning was disliked by so many of his veteran teammates when he was a young player and why he is so isolated by so many of his peers in retirement. I truly feel bad for Eli Manning after hearing these comments, because despite his fame and fortune, he sounds like he is still worried about those people he can’t control, and won’t be able to win over in retirement. He also seems as if he is angry with himself for listening to his father who encouraged him to avoid playing for the troubled Chargers franchise and force his way to New York.

Sorry Eli Manning, but these comments make you sound like a complete asshole with every word you say, and is a slap in the face to your fans and supporters, NONE of which are in the media. But guess what, that was NEVER their job in the first place, and that’s clearly something you don’t understand, and apparently never will.

Our trade war, fought with tariffs on imports, is making inflation worse