Could Two NFL Owners Try To Create Their Own Super League? 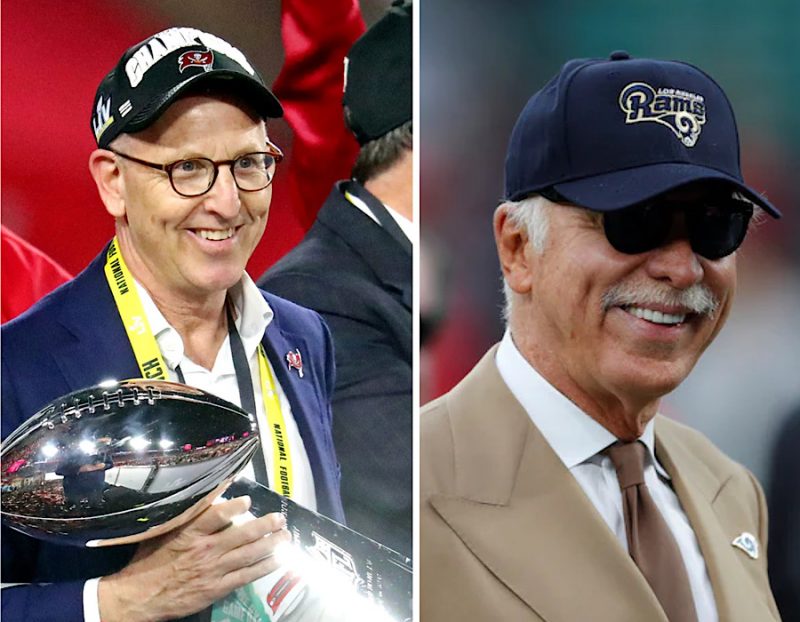 There were protests on Sunday at an English Premiere League match that forced its cancelation. The match featured Manchester United, one of the teams that recently tried and failed to form a Super League of soccer clubs in one of the biggest money grab attempts in sports history. But as fans of Man U try to drive out their club’s owner, there are two NFL teams who should be closely watched. That’s because one of the things a Super League would have done was forced other soccer leagues to do something no one in sports ever talks about, contracting the number of teams they have competing. Which has me wondering, would any NFL owners look to force the league to contract in a similar way to how they tried to get the world’s football leagues to do so?

Manchester United is one of the most well-known soccer (football to the rest of the world) clubs in the world. It is also one of the most valuable sports franchises in the sport, worth more than $3.75 Billion according to Forbes Magazine in a article published last summer. Man U’s value is three times the price Malcolm Glazer paid for the team in 2005, an incredible rate of return for any investment, even by sports standards.

It was the Glazer family, who own the Super Bowl champion Tampa Bay Buccaneers, along with Stan Kroenke, owner of the Los Angeles Rams, who made up two of the 12 club owners who tried to form a soccer Super League in an effort to cut out the lessor teams from the English Premiere League as well as other clubs and leagues across Europe.

The league, which faced huge backlash from fans, would have given a dozen owners the chance to make money never before seen in any sport. That is, if the league didn’t need to fold within 48 hours of its formation.

But what if this Super League idea was applied to the National Football League? Could the NFL thrive with 12 or even 16 teams, a total that’s half or even less than the current 32 teams they have now? And is it beyond the realm of possibility that the same NFL owners who tried to stage a soccer revolt wouldn’t try to do the same in America by calling for a new Super League to be formed here?

Jerry Jones was once considered a rebel among owners, because he pulled the Dallas Cowboys out of the NFL Properties agreement. Jones understood that his franchise was putting more into the company that handled the profits from jersey sales and team merchandise than it was earning since the revenues were shared equally among all the team. By pulling the Cowboys out of NFL Properties, the Dallas Cowboys, and by extension Jones himself, made more money (thankfully for the rest of the league, Jones isn’t as good of an NFL general manager as he is a businessman).

What the Kroenke and the Glazer family proposed only takes what Jerry Jones did to a new level, because what they tried to do is tell the rest of the soccer world that there are certain teams the drive the financial bus, while the rest of the clubs were riding along as passengers. They felt their 12-team league would be the place to be for the world’s game, with teams vying for a chance to join them year after year, with their core membership staying the same.

It is easy for me to believe that the same thought process could be applied to the NFL, where teams like the New York Jets, would be told your services were no longer needed after a half century of doing nearly nothing for our game. This de facto contracting of the league would concentrate a talent pool of players, and even allow rosters to expand and be deeper for when injuries strike, thus making for a better overall product on the field. This format would also likely increase profits for the 12 or 16 games left in the NFL since television revenues would not be divided up as much while seeing higher salaries for those players still in the league.

Think I am crazy? I am sure a month ago no one in the English Premiere League would have dreamt some of their franchises would have thought about breaking away, let alone try to. And if you think teams like the New York Yankees, Los Angeles Lakers, or Montreal Canadians haven’t had the same thoughts about their own league, think again. Because contraction is not a bad idea for these leagues to consider, and one day, one of them might actually be smart enough to do it.

Could Two NFL Owners Try To Create Their Own Super League? | TooAthletic.com

The post Could Two NFL Owners Try To Create Their Own Super League? appeared first on TOOATHLETIC TAKES.