Climate is the kingmaker in German coalition-building – POLITICO 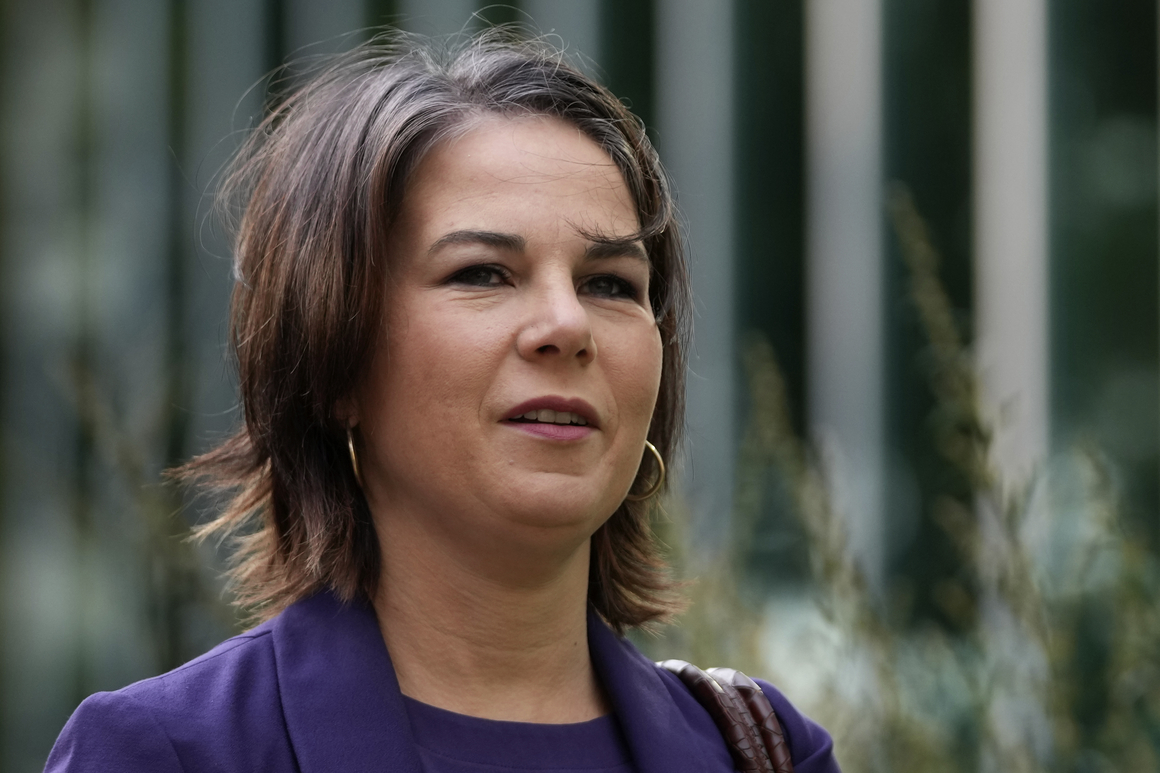 Climate policy is one of the keys to forming a new German government.

But with the two smaller parties crucial to forming a post-election majority coalition having utterly different philosophies on how to reach Germany’s climate goals, the issue will be a major faultline in upcoming talks.

Sunday’s election saw the Social Democratic Party (SPD) take a narrow win with 25.7 percent over 24.1 percent for the Christian Democrats (CDU/CSU). The Greens came third with 14.8 percent, while the liberal Free Democrats (FDP), according to preliminary official figures, were fourth with 11.5 percent.

Now the Greens and FDP are planning a common approach to bargain more effectively with the two bigger groupings.

It won’t be easy. The Greens have more in common with the SPD, while the FDP and the CDU/CSU overlap on many issues.

“The next government must be a climate government,” said the Greens’ co-leader, Annalena Baerbock. She added her party wants “massive investment” in infrastructure aimed at greening and modernizing the country, and favors a higher level of government intervention in the economy.

The FDP believes the free market will deliver climate goals. “The election result makes one thing clear,” Volker Wissing, the party’s General Secretary, told the broadcaster ARD on Monday morning, “People don’t want climate protection at the expense of prosperity, and people also don’t want prosperity at the expense of nature and environment. That’s why we need to bring these things together and work out a solution as to how we can reconcile climate protection and prosperity.”

Both the FDP and the Greens want the finance ministry in any coalition — currently occupied by SPD chancellor candidate Olaf Scholz. The Greens also want to create a climate ministry with the right to veto any other ministry’s decision to ensure all government policy is in line with the Paris climate agreement. The FDP has signaled it would be fine with a climate ministry, but without the veto rights.

The finance job will be “crucial for issues like public spending programs, EU debt-and-budget questions and carbon pricing,” said Georg Zachmann, a senior fellow at the Brugel think tank. “That will be very important for moving from climate targets to actual climate policies.”

The climate affected the election through the catastrophic floods of July, but it wasn’t a clear factor in the election outcome. Almost half of voters polled beforehand said it was the most important issue for them, but fewer than a quarter actually based their vote on it.

The absence of a real debate over climate change highlights a broad consensus on the issue; every likely coalition member backs reaching carbon neutrality by between around 2040 and 2050.

But the question of how to achieve that, an issue mostly too boring or complicated for stump speeches, divides Germany’s parties.

A battle over the future of the car sector shows the distance between the FDP and the Greens on Germany’s largest industry, and is a crucial factor in hitting the country’s upcoming climate targets. The European Commission has proposed 2035 as an end date for the sale of polluting vehicles, a date the Greens want to move forward to 2030. The FDP opposes any vehicle ban.

The Greens are critical of the Nord Stream 2 gas pipeline from Russia, of which the FDP is also skeptical. But Sunday also saw the Social Democrats overwhelmingly reelected in the state of Mecklenburg-West Pomerania, where the pipeline makes landfall, and whose SPD leader has been supportive of the project.

Another critical divide is how to cushion households from the impact of climate policies.

The Christian Democrats and FDP favor pricing carbon emissions and relying on market mechanisms to spur companies to slash their products’ carbon footprint.

In a speech in the Bundestag earlier this month, Baerbock criticized the FDP and CDU for their free-market approach to climate and social policy. Relying on a high CO2 price alone “is deeply socially unjust,” she said. “The market won’t regulate the climate crisis, because the market does not care about people.”

The SPD also favors greater redistribution. But Baerbock repeatedly attacked Scholz for supporting Germany’s 2038 coal phaseout date even as he traveled to the flood-stricken areas in July. The Greens want to exit coal by 2030.

The division over carbon pricing could have major consequences for EU policy. The European Commission recently proposed extending its Emissions Trading System to cover fuels for road transport and heating — a system already in place in Germany, championed by the CDU in Brussels and supported by the FDP. But the project is opposed by France and both the German Greens and SPD are wary of the idea.

Nevertheless, the reemergence of Social Democrats in Germany boosted the spirits — and potentially the political fortunes — of the EU’s Green Deal chief, Dutch Socialist Frans Timmermans, who tweeted: “Social justice, climate protection and the green transformation of our economy and society go hand in hand and the election result underscores this.”

“Ahead of the election, the parties liked to talk a lot about the climate,” said Ottmar Edenhofer, chief economist at the Potsdam Institute for Climate Impact Research. “If they mean it, they have to get serious now no matter what coalition. All parties are facing the same challenge … Whoever procrastinates now is driving up the costs and risks to all people.”