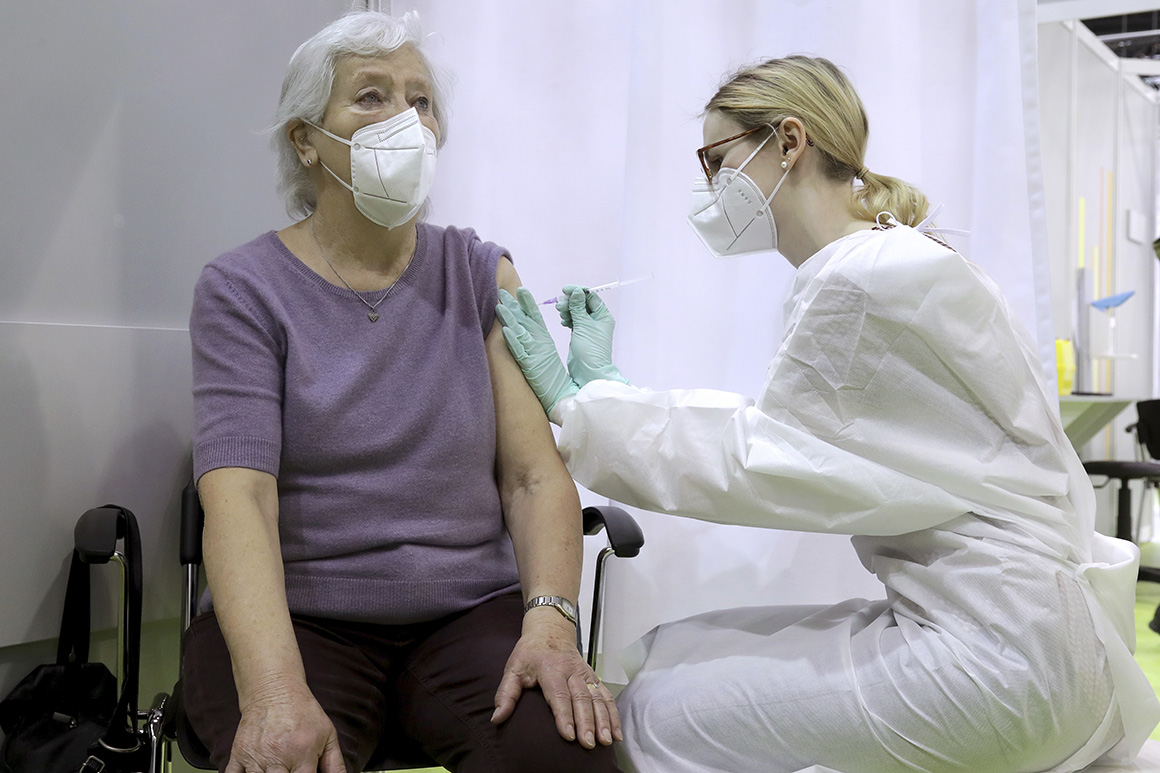 Citizens in Germany, France and Sweden are directing blame at Brussels over its handling of the coronavirus pandemic and vaccine rollouts, according to polling carried out in mid-February that also points to a drop in support for national governments and leaders.

With nearly 30 percent of people in the U.K. having received at least one dose, but vaccine distribution progressing much more slowly across most EU countries, there are signs that frustration among EU citizens is being directed at politicians rather than pharma companies.

According to the survey, which was carried out by Kekst CNC and shared with POLITICO ahead of publication, 51 percent of German respondents said the European Union has handled the vaccine rollout badly, a view shared by 35 percent of French and 24 percent of Swedish respondents.

In the U.K., 45 percent said the EU has done a bad job, while 77 percent said they approved of their government’s track record on vaccination. By contrast, only 23 percent of Germans, 19 percent of Swedes and 18 percent of French respondents took a similarly generous view of their respective national vaccine rollouts.

Despite the explosive fight between the European Commission and AstraZeneca over the drug company’s inability to fulfill its contract to supply vaccines, pharma companies seem to have so far received less flak from citizens. In both France and Germany, net support for the pharmaceutical industry was higher in February than it was in September, though it dropped significantly from 60 percent support to 34 percent net support in Sweden in the same period. In the U.K., net support rose from 51 percent to 78 percent between September and February.

On travel, there is a similarly downbeat view, with just 13 percent of British, 26 percent of French, 27 percent of German and 23 percent of Swedish respondents saying they expected to be able to book a summer vacation. The low figure among U.K. citizens may be in part because the polling was carried out ahead of the government’s announcement of its plan to open up the economy and lift most restrictions in stages by June.

Kekst CNC polled 1,000 adults per country in Germany, France, Sweden, the U.K., Japan and the U.S. between February 11 and February 21.

CORRECTION: This article was changed to correct the figure for Angela Merkel’s approval rating in June 2020.

Coronavirus cases aren’t budging — even after…

Barack Obama has some advice for young activists: ‘be…