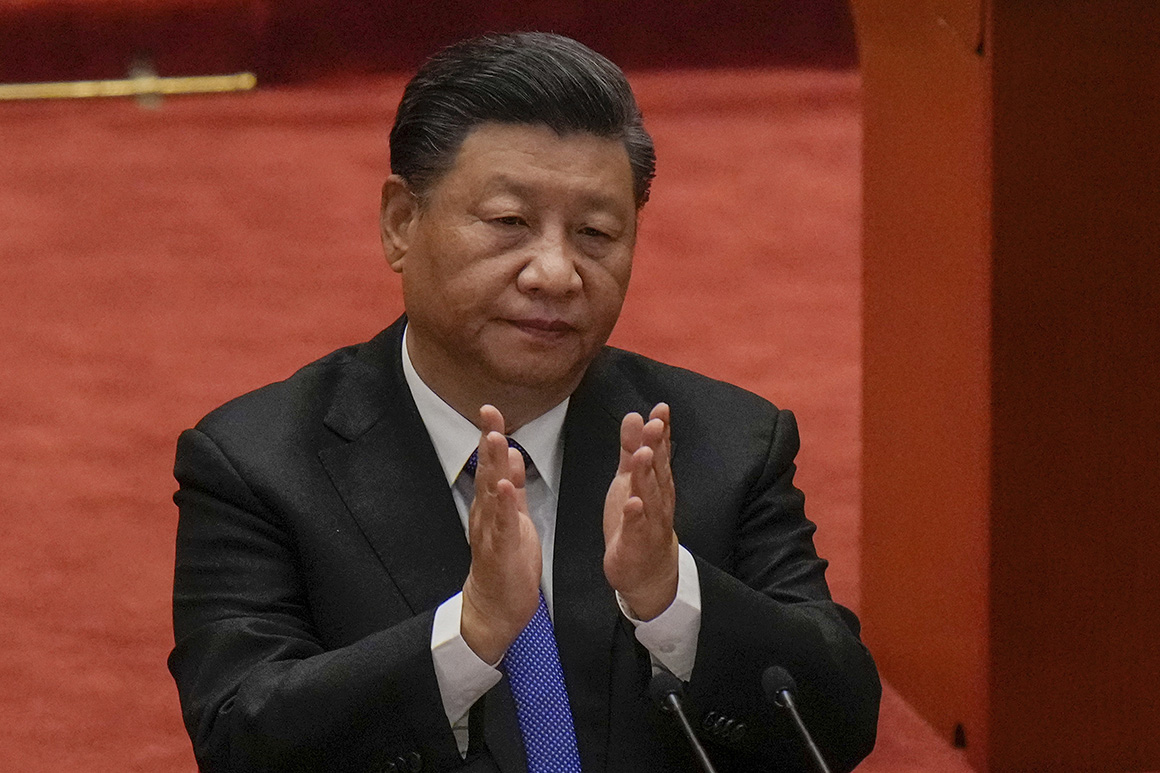 GLASGOW — Chinese President Xi Jinping won’t address the COP26 U.N. climate talks in person or video, and will send in a note instead.

The leader of the country responsible for almost one-third of global greenhouse gas emissions will address the Glasgow conference by written submission, which the U.N. said it would upload on the conference website. Officials said the U.N. had not given leaders the option to make a video address at COP26.

On Monday and Tuesday, world leaders at COP26 will make speeches explaining how they plan to lower their emissions in order to limit global warming.

Xi, who has reportedly not left China since the early days of the pandemic, had participated in this weekend’s G20 talks via video link but did not travel to either meeting. At the U.N. General Assembly in September, Xi delivered a prerecorded video statement.

It comes a week after China left Western countries frustrated by submitting a new climate pledge that did not significantly change its plans to grow emissions through this decade.

This article has been updated with U.N. policy on video addresses.

This article is part of POLITICO’s premium policy service: Pro Energy and Climate. From climate change, emissions targets, alternative fuels and more, our specialized journalists keep you on top of the topics driving the Energy and Climate policy agenda. Email [email protected] for a complimentary trial.

Aaron Rodgers Says The The NFL’s Hotel Policy Is Outdated