Cam Newton Has Had An Interesting Start To His NFL Offseason 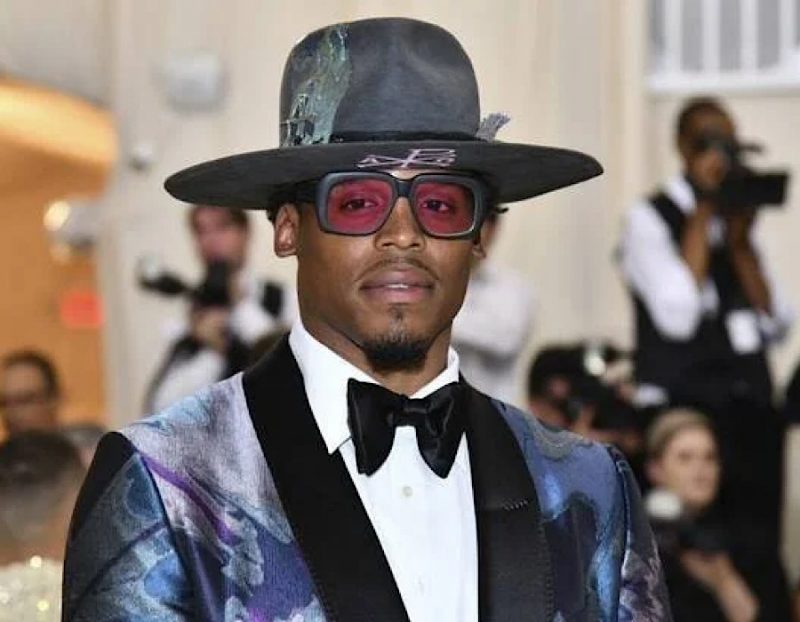 Cam Newton Has Had An Interesting Start To His NFL Offseason | Sports Takes & News | TooAthletic.com

The life and times of quarterback Cam Newton took some interesting turns this weekend. The likely free agent quarterback first admitted he probably has spent millions of dollars on clothes he has only wore once, and then video of him being heckled by a teenage over him being a free agent reached social media. So, my question is, does Cam Newton deserve all this attention and some might say “disrespect,” or did the former Heisman Trophy winner bring this all on himself?

Cam got a little triggered

There are not too many players who had a below average 2020 that are drawing a lot of attention so far during this NFL offseason; but Cam Newton is not just another football player. The colorful quarterback is expected to be allowed to reach free agency after his one-year stay in New England, and those too young to remember his “glory years” in Carolina aren’t likely to let him forget it.

One teenager attending a 7-on-7 football tournament this weekend called out Newton as being “ass” and “poor” since he is currently unemployed. With the words “I’m rich” repeatedly coming from his mouth, Newton volleyed back at the teen before asking where his father way.

Some in the media are offering praise to the former Auburn Tiger and Carolina Panthers quarterback for not letting the kid’s heckle go unanswered; as for me, I find that remaining silent in the face of such behavior upsets people like this teenager more, and would prevent the next person thinking about doing the same thing from following in the young man’s footsteps.

The issue about Newton buying clothes for one-time use doesn’t surprise me, and probably won’t surprise many in NFL circles; but should, however, serve to warn potential suitors that Cam Newton is a live for the moment kind of person both on and off the field. Something a franchise quarterback probably can’t afford to be and may not be the type of person some teams will want on their roster.

It was clear last year, and will likely be proven again this year that most NFL teams consider Cam Newton toxic to the point where having him around is no longer worth the talent level he brings to a team. Just remember back to how long he was on the free agent market last year, and how little the New England Patriots needed to pay him (the veteran’s minimum plus incentives).

That showed that the tolerance level the league has for Newton is low, and still falling fast in 2021.

The best thing Cam Newton can do in the coming days and weeks is not act like a diva superstar quarterback since, to be honest, he isn’t anymore. He can no longer expect or demand respect for what he did in Carolina since those days are long gone, and the NFL is a what can you do for me now business.

So if he walks into a interview with the expectation that he is any better than a host of other quarterbacks available this offseason, he will end up right back where he was last year, with a small, one-year contract and little hope of catching on with a winning team.

Superman can’t fly anymore, and the sooner Cam Newton accepts that fact, the faster he will land an NFL job; but the longer it takes him to realize the truth, the faster he will out of the league to spend more time with the clothes he only worn once and those who will be able to heckle him for being rich, but without a job anymore.

Cam Newton Has Had An Interesting Start To His NFL Offseason | TooAthletic.com

The post Cam Newton Has Had An Interesting Start To His NFL Offseason appeared first on TOOATHLETIC TAKES.

Federal investigators are zeroing in on potential…

By slimmest of margins, Senate takes up $1.9T relief bill

A Pennsylvania man said he would find a local Democratic…

Supreme Court rules against immigrant who was denied chance…