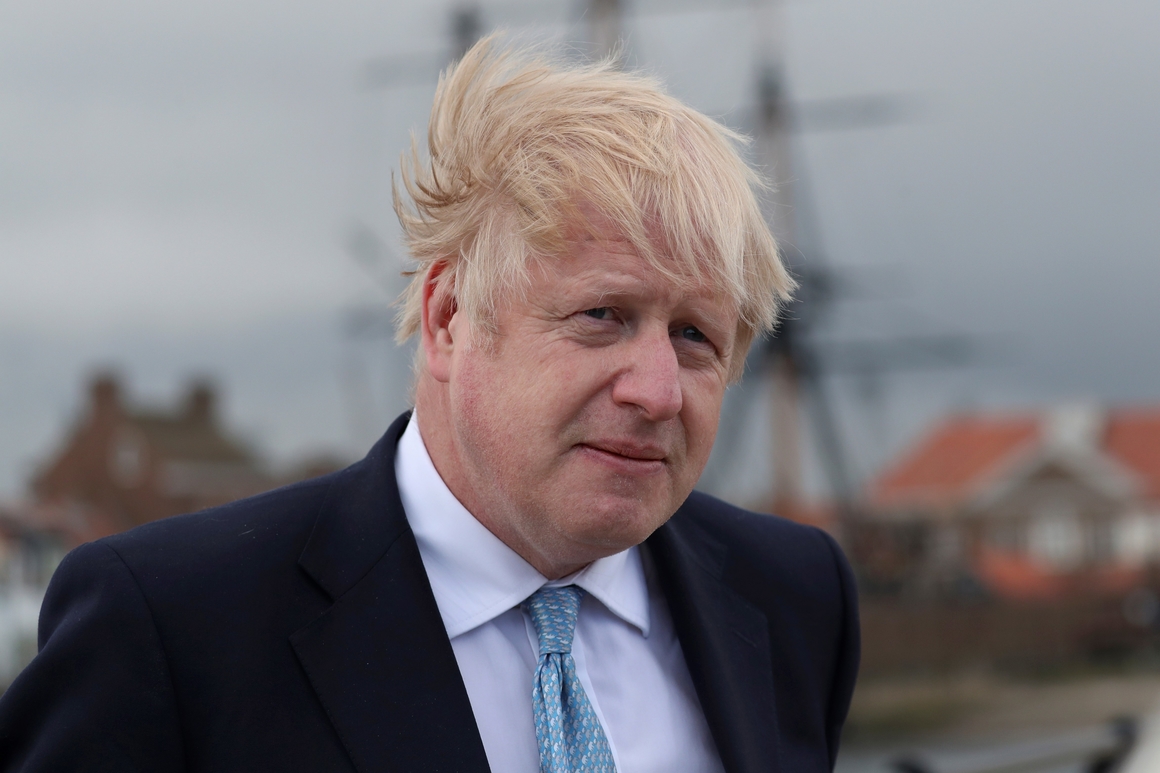 LONDON — Boris Johnson began what should have been England’s “freedom day” in self-isolation at his country residence as fresh questions were raised over the wisdom of dropping almost all coronavirus restrictions.

After a hasty U-turn Sunday, the prime minister and Chancellor Rishi Sunak are both banned from contact with others. The pair met Health Secretary Sajid Javid last week, shortly before he tested positive for COVID.

Speaking at a press conference from his official country retreat in Buckinghamshire, Johnson confirmed that “a very small number of named, fully vaccinated, critical workers” would be exempt from self-isolation rules in order to allow essential services such as healthcare and utilities to continue.

The government also announced that proof of full vaccination will be required as a condition of entry to nightclubs and other venues from the autumn. However, Johnson insisted it would not be “the thin end of the wedge” for wider use of COVID passports.

Sixty percent of people in hospital with coronavirus are unvaccinated, according to Chief Scientific Adviser Patrick Vallance, while Deputy Chief Medical Officer Jonathan Van Tam repeated a plea for people to move “gradually and cautiously” as they begin to socialize again.

Asked if the prime minister still considered July 19 to be “freedom day,” the prime minister’s spokesman said Monday: “It is rightly due to our vaccination program that we can take this step, but we urge caution.”

The prime minister and chancellor at first said they did not intend to self-isolate under a pilot scheme designed to exempt some workers from the rules if they test negative. That approach was swiftly abandoned following backlash Sunday.

Johnson’s spokesman said he had “followed the correct procedure” at all times, and had tested negative for coronavirus over the weekend.

Downing Street faced scrutiny over the precise timing of Johnson’s journey to Chequers. Initially, it said the prime minister had traveled there on Friday morning, but then said he had made the trip Friday afternoon after seeing Javid.

Labour leader Keir Starmer, who has previously offered broad support to the government’s approach, accused Johnson of being “reckless,” and said it was a “mistake” to lift the majority of remaining restrictions in one go.

“We can already see that the infection rates are going through the roof, we know what’s going to happen with hundreds of thousands of people being asked to self-isolate,” he said.

Johnson said Sunday night that it was the “right moment” to remove rules aimed at slowing the spread of coronavirus.

However, he urged caution, adding: “We’ve got to remember that this virus is sadly still out there — cases are rising, we can see the extreme contagiousness of the Delta variant.”

The government also defended its system for notifying those who need to self-isolate, a set-up that “pinged” more than 500,000 people in England and Wales in the week to July 7, up 46 percent on the previous week.

Johnson’s spokesman told journalists: “We appreciate there’s significant disruption, but it remains a really important tool for tackling the pandemic.”

He downplayed the idea that the app could be altered or that the date from which double-jabbed people will be exempt from having to self-isolate — August 16 — could be brought forward.

This article has been updated after Patrick Vallance issued a correction to a comment made at the press conference.

What’s next for Netflix?