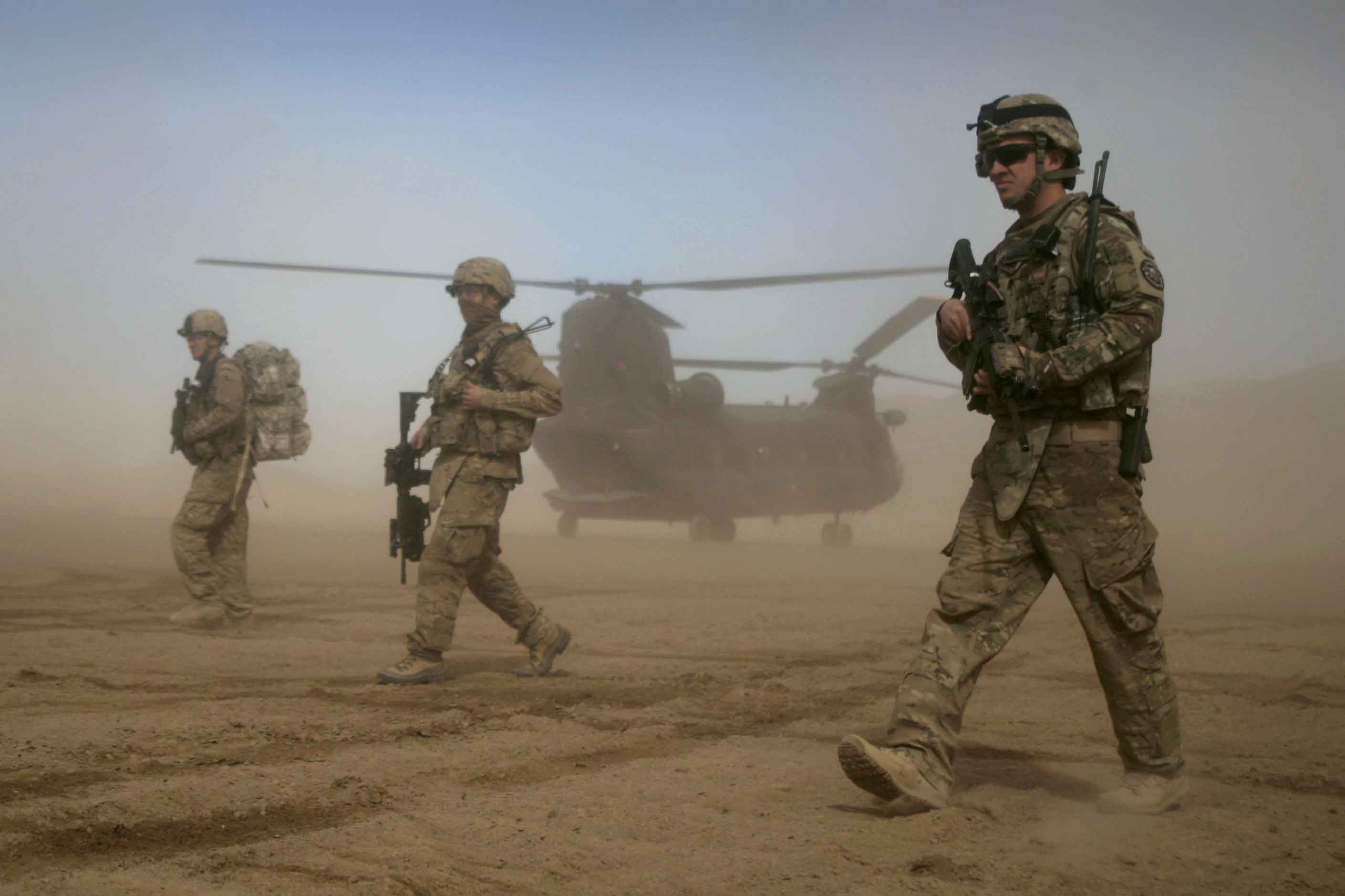 Joe Biden’s decision to pull U.S. forces out of Afghanistan by September 11 this year gave NATO allies their marching orders — they had little choice but to salute smartly and declare their troops will follow suit.

Some officials from the NATO countries most involved in Afghanistan said they appreciated the consultation undertaken by the Biden administration, which contrasted sharply with the rough treatment they suffered under Donald Trump. Biden sent his secretaries of state and defense to Brussels this week to discuss the move and they stood shoulder to shoulder with NATO Secretary-General Jens Stoltenberg to announce it.

That gave NATO leaders the opportunity to stress the unity of the alliance, encapsulated in the mantra of “in together, out together.” But behind the scenes, there was some unease — not least because the decision represented a sharp reversal of course from what had been another mantra, that NATO’s presence in Afghanistan was “conditions-based.”

That left allies facing a number of big questions, such as what will become of the main mission of NATO’s 9,500-strong force in Afghanistan — to train, advise and assist local security forces in a highly volatile and fragile country.

Peter Ricketts, a former U.K. national security adviser, said the U.S. and NATO should swiftly provide clarity on whether non-combat personnel would take over that mission and how that would work. “It would be a real pity if we are pulling the plug on our training work. Frankly, it would make a mockery of all resources and effort we have put in,” said Ricketts, a member of the House of Lords.

The NATO-led Resolute Support Mission includes some 2,500 U.S. troops — the largest contingent. But it also includes substantial numbers from other countries, such as Germany with 1,300 troops, Italy with 895 and the United Kingdom with 750. Beyond the EU, it also includes 860 soldiers from Georgia.

Those countries now face the considerable challenge of getting all their soldiers out of Afghanistan safely within a matter of months.

The withdrawal plan also raises questions over Afghanistan’s future stability, which could have direct knock-on effects for Europe.

There are hopes that a U.N.-organized conference at the end of the month in Istanbul, bringing together the Afghan government, the Taliban and regional powers, can provide a political roadmap that some NATO countries, like Turkey, could help to implement in some form, perhaps even militarily.

But the Taliban don’t want to attend and hopes that they can be persuaded that politics is a good way to pursue war by other means are limited. “It’s an optimistic scenario — not impossible but optimistic,” said Stefano Stefanini, a former Italian ambassador to NATO.

Without a political solution, “I predict a worsening of the situation, which will have an effect on Europe. Displaced people will arrive here too. So it is very important that Europe remain involved,” Filippo Grandi, the U.N. High Commissioner for Refugees, told Italian MPs on Thursday.

Some regional experts and veterans of military missions in Afghanistan also expressed disquiet at the idea of leaving the country when it was still in such a parlous state.

Giorgio Battisti, a former commander of Italian forces in Afghanistan who also served as chief of staff for the NATO-led International Security Assistance Force (ISAF) in the country, said Afghan security forces aren’t ready to operate on their own.

He said the U.S. decision means “abandoning” Afghans, especially women and children and interpreters who helped NATO forces, to the Taliban and leaving space for al-Qaeda and ISIS.

Battisti said the decision to withdraw should have been a genuinely joint one, made by all allies together. But he said the United States had presented NATO with a fait accompli, as no allied country could keep forces in Afghanistan without U.S. military support.

But others said the allies should have been well prepared for this step, even if they had concerns.

“President Biden made clear on the campaign trail that he intended to withdraw from the so-called ‘forever war,’ and so this decision was a question of when, not if,” said Joyce Anelay, a former minister in the U.K. Foreign Office who is chair of the House of Lords’ international relations committee.

“The situation is precarious, and there is a danger that the withdrawal will benefit the Taliban. Bluntly, the alternatives to a negotiated settlement are a takeover by the Taliban, or a civil war. It is by no means certain that an agreement can be reached between the Afghan government and the Taliban in the short term, and the withdrawal of foreign troops will undermine the Afghan government’s leverage in talks,” she said.

Anelay said Biden’s final withdrawal date of September 11 was better that Trump’s planned deadline of May 1. “But real doubts hang over the prospect for a negotiated settlement before the withdrawal,” she added.

James Schwemlein, a former senior adviser to the special representative for Afghanistan and Pakistan at the U.S. Department of State, said the timeline made an orderly allied withdrawal “very possible.” Schwemlein, now an analyst at the Carnegie Endowment for International Peace think tank, described Biden’s decision as “the best available bad option.”

For America’s European allies, another question they face now is how much they can continue to do in Afghanistan after their troops have gone.

The EU has funded humanitarian operations in Afghanistan since 1994, providing over €1 billion, which includes over €100 million in 2020 and 2021 alone.

“There’s definitely a window of opportunity for the European Union to make sure that its existing diplomatic engagements as well as its humanitarian presence gets more usefulness, so to speak, because another piece of the puzzle is being removed,” said Alexander Mattelaer, vice dean for research at the Institute for European Studies at the Vrije Universiteit Brussel.

“There’s a big EU delegation in Kabul and there are important budget lines,” he said.

But he said there was no way the EU could help militarily without NATO or U.S. support. The European Union “is not going to step in operationally speaking with security assistance,” he said.

That conclusion — and the events of recent days — reflected an enduring truth about NATO for the allies, even if tone and style may change depending on who is in the White House: The U.S. calls the shots.

Why did Jennifer Lopez and Alex Rodriguez breakup?

A friendship that may become a liability