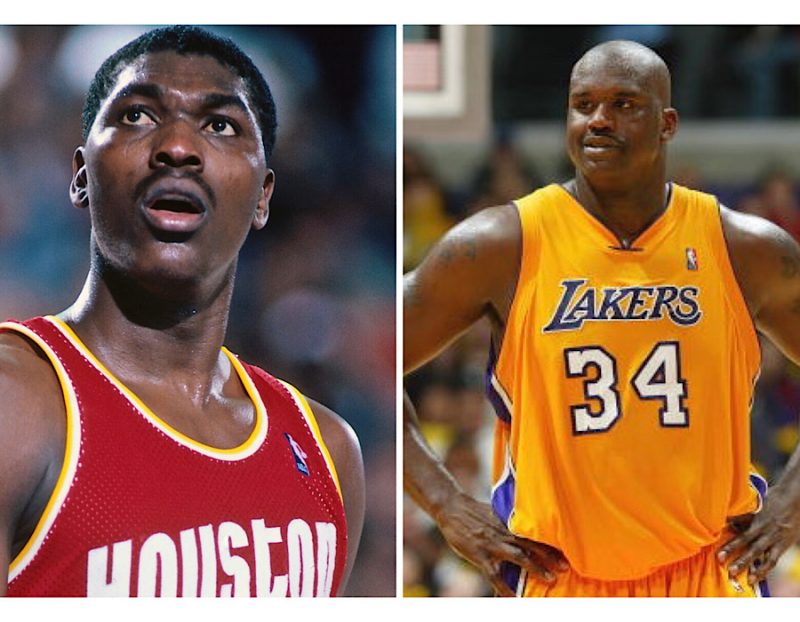 Two Hall of Fame basketball players were the topic of conversation for another NBA player who called each a teammate and has championship rings because of them. The player doing the talking was Robert Horry, and the players he was discussing were Hakeem Olajuwon and Shaquille O’Neal. So, before we tell you who Horry felt was a better player, I ask you, who was a better NBA center, Hakeem “The Dream” or Shaq?

Robert Horry was a member of seven NBA Championship team, giving him a player’s view of some of the best to ever take the court. Horry won his first two rings with Hakeem Olajuwon and the Houston Rockets in between Michael Jordan’s two three-peats with the Chicago Bulls.

Later on in his career, Horry was part of his own three-peat as part of the Kobe Bryant/Shaquille O’Neal-led Los Angeles Lakers, and before his retirement, Horry secured two more rings as part of the San Antonio Spurs who featured another Hall of Famer, power forward Tim Duncan.

Speaking with The Ringer, Horry was asked who he felt was a better player, Olajuwon or O’Neal; with the sharp-shooting forward offering an interesting, albeit diplomatic answer. “I think as far as his talent, Dream had more talent. Shaq had handles, but Dream had a little bit better handles … Dream had a little bit of strength, he could go pound for pound, Shaq was just, just his brute strength, just dunk on you and just, you know, get you out of the way. Shaq was more dominant.”

Horry continued by saying, “Dream wasn’t gonna dunk on you, he was gonna shake you out of your pants and then shoot a fadeaway. Or he might dunk on you, but it’s that difference that separates them. As (Shaq) got older, he got bigger and stronger, and he just knew what to do. I’m just gonna drop step you, dunk on you, hit you with a little jump hook. He was dominant because of his strength and power, but Dream was a little bit better because of his finesse and power.”

Sadly, for Los Angeles Lakers fans, their inability to see anyone as a great player who didn’t don the Purple and Gold compelled them to jump all over Robert Horry for suggesting anyone was better than Shaquille O’Neal. As someone who watched the Houston Rockets defeat the New York Knicks in the 1994 NBA Finals, I always wished that Patrick Ewing played more like Hakeem Olajuwon … a player who used his physical strength as well as his agility against those who lacked one or the other.

Horry is right about O’Neal, who became a bully in the paint with his size and strength, with the league responding by forcing him to the foul line where the 7-foot, 300-pound center needed to shoot free throws, not dunk them. Something Shaq never did well.

There is no doubt in my mind that Hakeem Olajuwon was a better all-around player than Shaquille O’Neal, with the former never taking the court with teammates as good as Dwyane Wade, let along Kobe Bryant. (And for those of you thinking about Clyde Drexler, he was at the tail end of his career when he joined the Rockets, unlike the All-Stars O’Neal played with in LA and Miami.)

It’s OK for Horry to say that someone was better than O’Neal, and he was right to say Hakeem was a better player. Just think about this, who do 7-footers call when they want to learn about playing the NBA’s low post?

I will give you a hint: it is not Shaquille O’Neal, but rather Hakeem Olajuwon.

While Robert Horry did his best (and came up shorter than an O’Neal foul shot) to tell us how close it was between Shaq and Hakeem, it is clear to anyone who saw them play that the gap between these two players is wide in many ways. Take Shaq if you want, but I know I will win more games with “The Dream” at center on my team.

Joe Biden Says Queen Elizabeth 'Was Very Gracious' After Visit: She 'Reminded Me of My Mother'

Denver aims to become to national leader in homelessness resolution