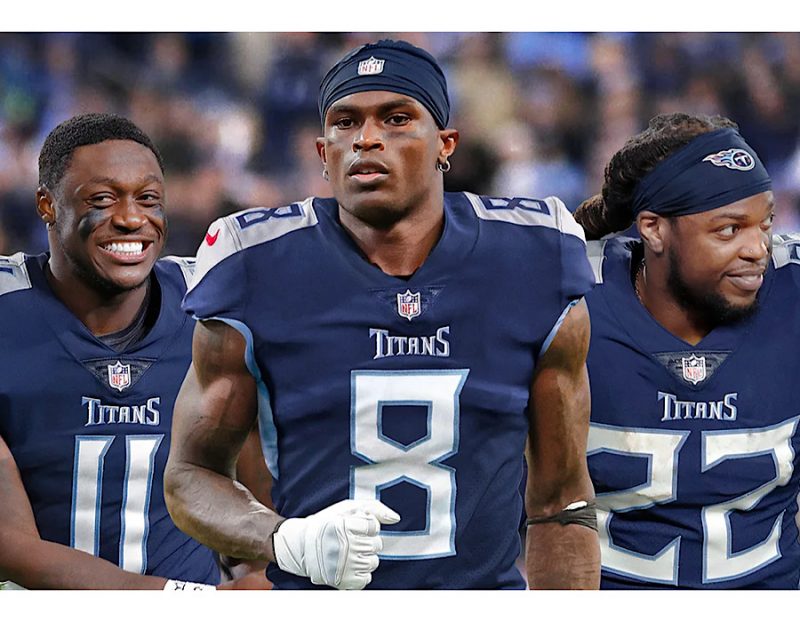 The question on everyone’s mind in the NFL this week is simple: Are the Tennessee Titans a Super Bowl contender now that they have traded for wide receiver Julio Jones? Reaction, interestingly, was mixed, with some in the media proclaiming the Titans now had the best trio of skilled positions players in the league, while those who make money off knowing who will and won’t win championships having a more balanced reaction to the trade. Nevertheless, with fourteen weeks between now and the start of the 2021 NFL season, I take a look at what Julio Jones will add to the Tennessee Titans and how far up the list of championship contenders the trade moves them.

Because of you, 11 will always mean more. pic.twitter.com/SJQaT4URNX

The news dropped on Sunday, first with rumors and then with an announcement that Julio Jones was being traded from the Atlanta Falcons to the Tennessee Titans. Shortly after both teams made the trade official, Julio Jones former team posted a moving video tribute to the wide receiver … and then, as you would expect, the reactions and overreactions came pouring in.

Will Brinson of CBS Sports wrote:

“The Titans are now the strongest, scariest skill position group in the NFL with (wide receivers) A.J. Brown, Julio Jones and (running back) Derrick Henry.”

Brinson’s reaction may be a little bit over the top, but the addition of Julio Jones should make the Titans 23rd ranked passing offense from last season better. This is provided Tennessee quarterback Ryan Tannehill can do two things:

As for the reaction of oddsmakers, The Tennessee Titans are still second on the betting board behind the Indianapolis Colts for who will win the AFC South. Additionally, places like betonline.ag and The Action Network did move the Titans, making them a 12/1 favorite to win the AFC after the trade and 28/1 and 25/1 to win the Super Bowl respectively. Both outlets had them over 20/1 shots to win the conference and 40/1 to win the Super Bowl heading into the weekend. Their odds are now closer to teams like Baltimore, Buffalo and Cleveland to reach and win the Super Bowl among AFC teams, but do not move them past Kansas City as oddsmakers are still predicting a repeat of this year’s championship game next February.

The most important name in the Titans organization right now may be Todd Downing, the team’s former tight ends coach who was promoted to offensive coordinator when Arthur Smith left for Atlanta. How Downing calls plays will go a long way towards the success or failure of Tennessee this season. Having followed the same path that Smith did by first being the tight ends coach before becoming the OC, he likely understands what Ryan Tannehill can and cannot do from the pocket as a passer. While the temptation will be there to force the ball to both A.J. Brown and Julio Jones, the Titans still need to remain a running offense, since it was that threat that made Tannehill post career best numbers over the last two years by keeping the pass rush light and the defense easier to read.

Are the Tennessee Titans a better team this week than they were last week? Yes, of course they are; but are they better than other contenders in the AFC assuming they make the postseason? I would love to say yes, but for now there are two big variables, the head coach and quarterback, who will need to find ways to utilize their new toys without getting caught up in the highlight hype machine of having Julio Jones on the field.

I, for one, am not running out and laying down any cash on the Titans to win the Super Bowl, or even the AFC Championship since there are too many other teams as good or better; but for now, at least, they are in the conversation of title contenders. A place that before trading for Julio Jones they were not, making Sunday a good day for the Tennessee Titans.