After Trump, EU feels a more familiar US arrogance – POLITICO 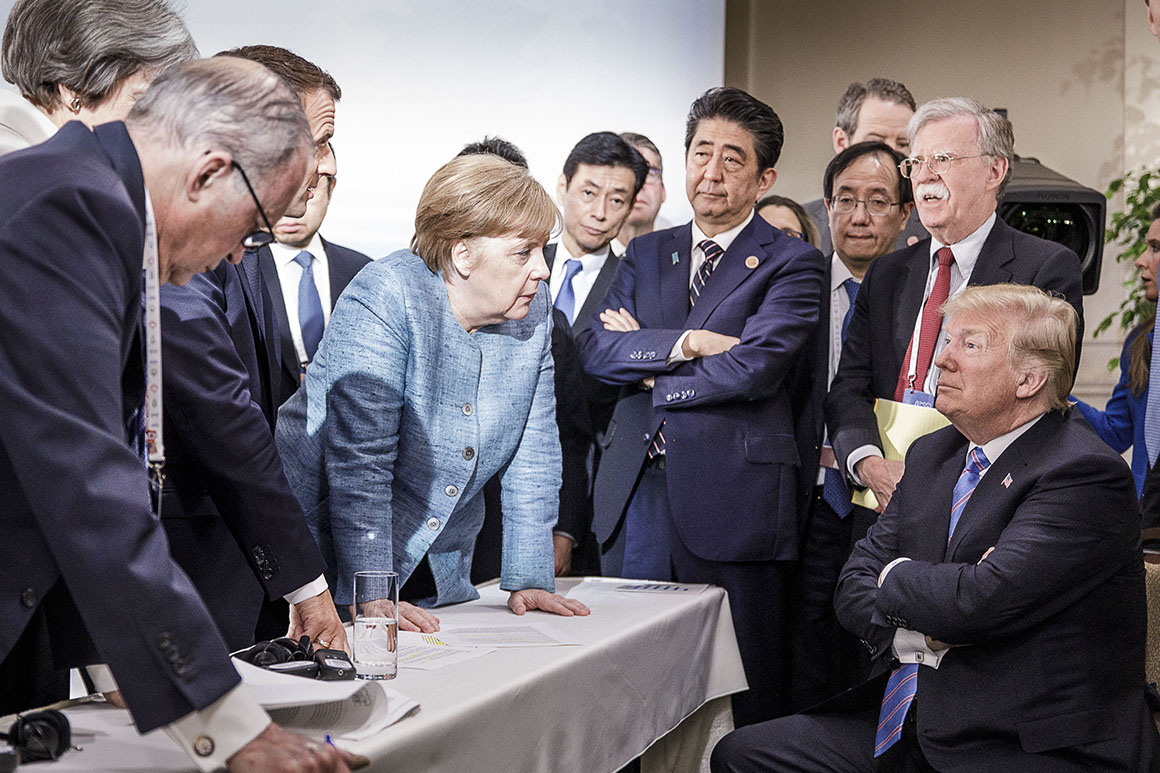 With Joe Biden preparing for his first trip abroad as president, European leaders are noticing a change in the transatlantic air.

As they concluded a summit in Brussels on Tuesday, EU heads of state and government said they had acted swiftly to respond to the interception and forced landing of a passenger jet by Belarus, and they noted approvingly that Biden had echoed their outrage, praised the EU’s measures, and appeared to be following Europe’s lead in preparing sanctions and other punitive measures.

At the same time, some leaders took note of the fact that the Biden White House had not given them any formal heads up before the announcement on Monday that a deal had been reached to hold a summit with Russian President Vladimir Putin in Geneva next month.

A discussion at the EU summit on Tuesday about the coronavirus pandemic also touched on Biden’s proposal to lift patent protections for vaccines — an announcement that blindsided European leaders and drew questions and criticism, including from German Chancellor Angela Merkel, who said the move would not quickly increase vaccine production.

“We are happy that Biden is here,” said an EU official who monitored the leaders’ discussions. “We have recreated a link. But we are on different tracks on several things.”

There is little doubt transatlantic relations are vastly improved since the departure of Trump, who took pleasure in berating European allies, called the EU “a foe” and said it was set up “to harm the U.S. on trade.”

Last week, Brussels and Washington reached a deal to prevent an escalation on June 1 of the EU’s retaliatory tariffs on U.S.-made motorcycles, bourbon and other products that were imposed in response to Trump’s tariffs on European steel and aluminum. The sides said they were ready to begin discussions to address global excess steel capacity.

And in March, the EU, Canada, U.S., and U.K. coordinated to impose sanctions on Chinese government officials over human rights abuses.

But European leaders have also bristled at the presumption among Biden administration officials that EU allies will dutifully follow Washington’s lead. For instance, NATO allies complained that they were given little advance warning once Biden had made a decision on a full withdrawal from Afghanistan by September 11, after he took months to ponder his plans.

And there was strong pushback against the patent waiver idea among leaders at another EU summit in Portugal earlier this month.

EU officials said it doesn’t help that more than four months after Biden’s inauguration, the president still has not nominated an ambassador to the EU or to NATO. (Trump took far longer, nominating his NATO ambassador, Kay Bailey Hutchison, at the end of June during his first year in office, and his EU ambassador, Gordon Sondland, in May the following year.)

All of this has contributed to a sense in some EU capitals, including Paris, that the EU must demonstrate strategic independence — a sentiment that will frame some of the discussions at next month’s summit of G7 leaders in the U.K. and a NATO leaders’ summit in Brussels.

After those two gatherings, Biden will meet in Brussels with European Council President Charles Michel and European Commission President Ursula von der Leyen. A similar meeting between EU leaders and Canadian Prime Minister Justin Trudeau is also in the works. Biden is then expected to fly on to Switzerland to meet with Putin.

The EU official said that Brussels and Washington were working together, but that the EU felt no obligation to touch base with the White House before announcing its measures against Belarus and the country’s strongman president, Alexander Lukashenko.

“They didn’t tell us that they were going to announce their summit with Putin,” the official said. “Why should we talk to them first before reacting to something that happened in our own backyard?”

EU legal services and other officials are now scrambling to develop specific proposals for new sanctions against Belarus, including identifying “entities” — likely government-owned or controlled corporations — that can be targeted because they had a role in the forced landing of the Ryanair jet and the arrest of the political opposition activist Roman Protasevich.

Officials and diplomats said that the process of developing sanctions that could stand up to legal challenges would not be easy.

After the summit on Tuesday, Merkel noted that the EU unity on responding to Belarus highlighted continuing disagreements among the 27 member countries over relations and policy toward Russia. If EU countries can’t find consensus among themselves, it’s hard to expect full agreement with Washington, London, Ottawa or Tokyo, other diplomats said.

Another senior official said those inevitable differences were a reason for Europe to chart its own path. “It’s important on the one hand to cooperate, to coordinate with all like-minded partners,” the official said. “Transatlantic relationships can add the United States and others of course. But it’s important also to have our own vision of Europe in the short term, the mid term, the long term when it comes to our priorities.”

Building projects hit by lack of supplies and price rises