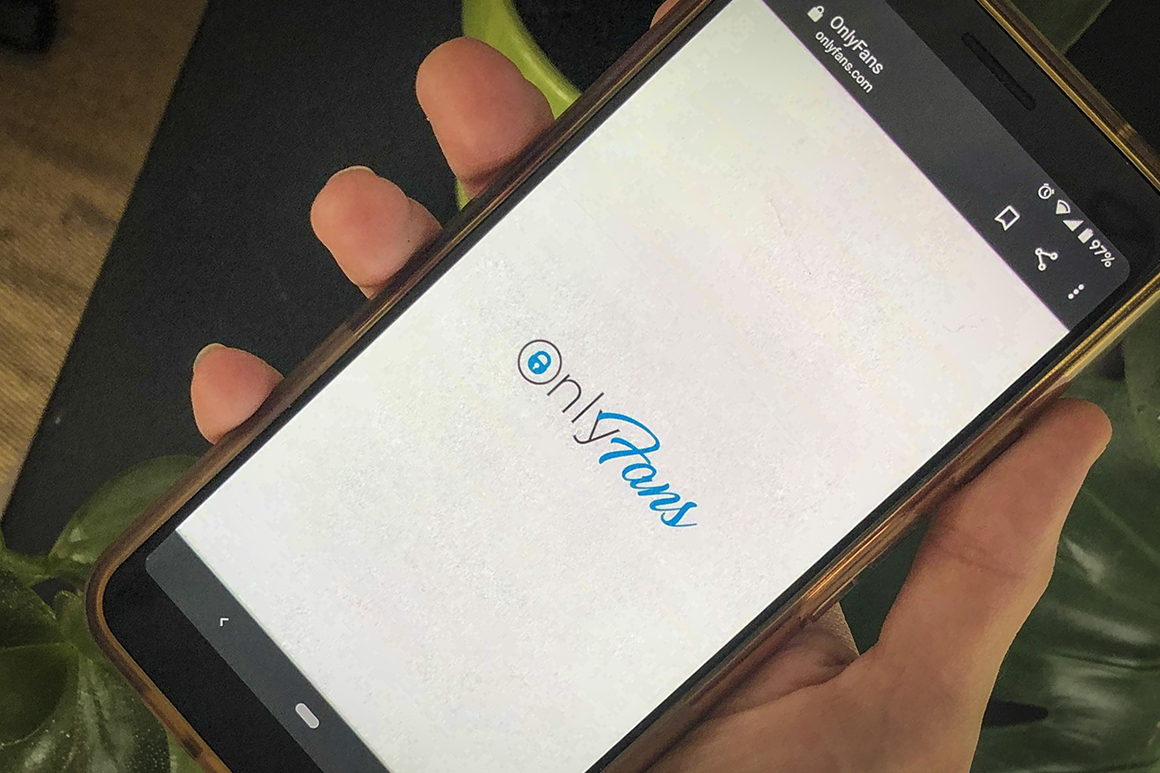 OnlyFans on Thursday announced that it is banning “sexually explicit” content from its website, leaving tens of thousands of content creators who make a living on it worried for their futures.

One OnlyFans user, Motherharlette, said: “It’s a dark day for trans sex workers @OnlyFans killing our income and forcing us to go out and risk our life on the street again. What a dark day for all sex workers. We know what horror awaits us.”

As activists and policymakers pressure online platforms to better police their content, adult performers and sex workers fret that they could be on the losing end of that push, with platforms likely to adopt policies and tools that censor more content, and without avenues for redress.

Sex workers argue that efforts to tackle child abuse and sex trafficking online have been conflated with consensual sex work, making it hard for sex workers and performers to make a living safely.

Creators decide which material they want to share and can offer intimate content to users by selling subscriptions, with potentially high rewards. The company keeps 20 percent of the earnings. It’s a model that has worked pretty well for OnlyFans so far, earning $2 billion in sales last year.

But now, OnlyFans said it will ban “sexually-explicit conduct” but allow nudity “as long as it is consistent with our Acceptable Use Policy.” The company has not explained how it will draw a distinction between the two.

The company promised to “actively support and guide our creators through this change in content guidelines,” it added.

OnlyFans said it was changing its policy to “comply with the requests of our banking partners and payout providers,” but did not elaborate on who or why.

Policymakers around the world are pressuring social media companies like Facebook and TikTok to do more to police content posted on their platforms. The companies have responded by ramping up automated takedowns and adopting strict content policies meant to scrub hateful and illegal content.

The act “bundles up sex work with sex trafficking — and any nudity and sexuality with sex work,” said content moderation researcher Carolina Are.

Thanks to heightened sensitivity around sex online, Evans’ union APAG must navigate a maze of content moderation rules across social media platforms — each with their own policies — helping adult content creators reclaim suspended accounts and deleted content.

For APAG, Instagram is a particularly tricky one. Its members use it for marketing purposes — the platform doesn’t allow nudity — to grow their following and build brand partnerships. Evans, a performer herself, has over 245,000 followers, but she says the platform’s policies are “two-faced.”

Both Evans and Are complained that the platform has a double standard, policing accounts belonging to sex workers more strictly than those belonging to celebrities and other prominent, mainstream figures. Risqué posts are fine for the likes of Britney Spears, Kim Kardashian and Miley Cyrus, Evans said, as long as you’re not a sex worker.

“If you [are], that photo is coming down in a heartbeat — and you’ll lose your whole page,” she added.

As for TikTok, whose users are largely under 18, she says her members can’t post “unless we’re being as PG as possible.”

“Shadow banning” — a term used by creators to describe a platform dramatically reducing a post or user’s visibility — remains a problem on all platforms, Evans said. It’s unclear which platforms actually do this, since they do not disclose how their algorithms promote or hide content.

Making it harder to appeal against takedowns is platforms’ move toward automated content moderation. As thousands of content moderators stayed at home during the pandemic, tech companies began relying on machines to do the work for them instead.

Are, the researcher, experienced this firsthand. A pole dancer herself, her account was deleted without warning last month; her most recent post had been a photo of her grandmother.

It has since been reinstated with an apology from the platform, but she still doesn’t know why she was blocked in the first place. She was told by one source it was likely the result of a “false positive” — when the algorithm flags content incorrectly.

“I’m constantly living, expecting my platform to be removed from me any second,” said Glasgow-based artist Chao-Ying Elizabeth Rao. Her art, which she describes as influenced by her experiences in sex work, is often removed from Instagram, sometimes without warning.

“Everyone’s obviously scared because, you know, we’re always scared … Every time Instagram is down, I assume my account’s been deleted.”

Jackman, the lawyer, said pornography is “the canary in the coalmine with free speech” and the “first thing to die.”

Evans wants lawmakers to focus on policies that “fight against the actual discrimination behind” the automated content removal decisions affecting APAG members.

“We need paperwork,” she said. “We need laws that will protect ourselves and our occupation.”

“Sex work is there, it’s always going to be there, it’s the oldest profession in the world,” Are said. “If sex workers have found a way to be safer, we don’t need to be taking that away from them.”

This article is part of POLITICO’s premium Tech policy coverage: Pro Technology. Our expert journalism and suite of policy intelligence tools allow you to seamlessly search, track and understand the developments and stakeholders shaping EU Tech policy and driving decisions impacting your industry. Email [email protected] with the code ‘TECH’ for a complimentary trial.

2 shot at Galleria-area restaurant, suspects on the run, HPD says