2 NBA Figures Disagree On The Treatment Of Andre Drummond 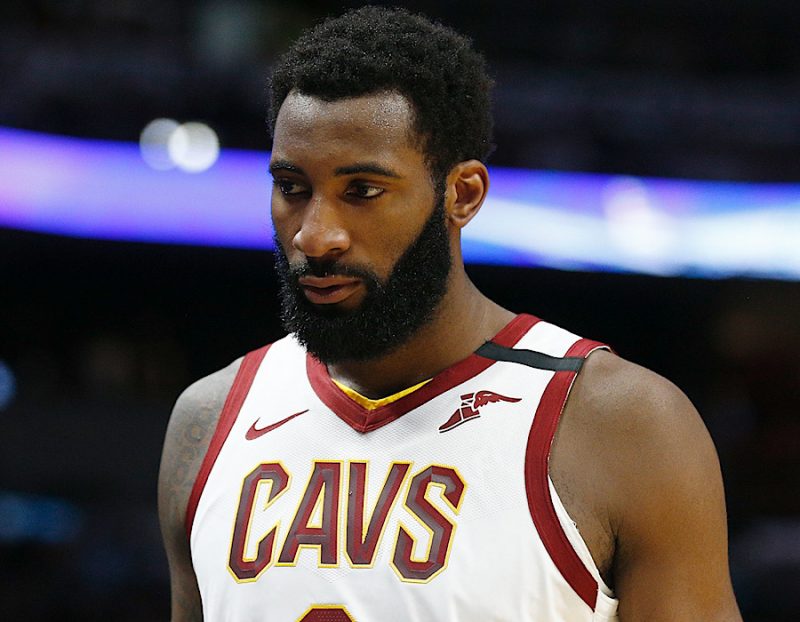 As the NBA approaches the trading deadline next month, the Cleveland Cavaliers have already decided to trade Andre Drummond and are sitting him out of games until a deal is struck. This plan, however, drew some reaction from locker rooms and broadcast studios alike as Draymond Green and Charles Barkley openly discussed the issue; but while the Green had an issue with how Drummond was being treated, Barkley took exception with Green. So, what started as a debate over how NBA teams treat players on the trading block has turned into a debate over who has the right to comment on how teams handle the trading of players during the season. Leaving me to ask who do you agree with Draymond Green or Charles Barkley, or are both correct?

The Warriors hosted the Cavaliers on President’s Day, and with Andre Drummond on the bench, Golden State had a one-sided 129-98 victory over Cleveland. After the game, knowing why Drummond was held out of the game, Golden State’s outspoken forward Draymond Green said:

“At some point, as players, we need to be treated with the same respect and have the same rights that the team can have. Because as a player, you’re the worst person in the world when you want a different situation. But a team can say they’re trading you, and that man is to stay in shape and stay professional. If not, his career is on the line. At some point, this league has to protect the players from embarrassment like that.”

Charles Barkley, who himself is outspoken from his perch inside the TNT studios, offered this bit of advice Tuesday while speaking on The Bill Simmons Podcast:

Clearly, Draymond Green doesn’t follow too many sports since players in many leagues often sit out during contract disputes and while they are seeking trade from their current teams. I am also not sure how it’s embarrassing to be sitting on the bench as your team looks to trade you since there are times when players are pulled from games in many sports when a trade is pending.

In this case Charles Barkley is right, the team, in this case Cleveland, has the right to keep a tradable asset on the bench until they find a place to move him. The last thing anyone needs is a player who is distracted getting injured, thus ruining any chance of making a deal for a player who is leaving anyway.

As for the second part of what Barkley said, he is making a good point since Golden State, currently the eighth seed in the Western Conference, is not going to have the same level of interest from NBA fans across the country now that they are not the best team.

Green, if he wants, has a career in the sports media waiting for him when he retires; however, the 30-year-old has been overly outspoken since his team had their dynastic run, leaving many to hope that the former Michigan State Spartan would keep some, not all, of his opinions to himself.

I would add that I never believe it is a good idea for players in one locker room to comment on what is happening in another, because, simply put, what is happening there may happen to you or one of your teammates, with your words today coming back to bite you tomorrow.

I understand Draymond Green had strong feelings about this issue; however, there wasn’t any reason for him to comment about this issue on Monday. If he wants to voice his concerns with his union, that’s one thing, but to voice them to the media means when something like this happens to someone else, he will be asked to comment again, which is not what the Golden State Warriors are paying him for and not what the NBA or the Players’ Association need during a delicate time. And as a spoiler alert for Draymond Green: What is happening to Andre Drummond will happen again, so maybe you should just record your rant since you will need it again despite how off-base it is.

The top-ranked 2022 football recruit in each state

2 NBA Figures Disagree On The Treatment Of Andre Drummond | TooAthletic.com

The post 2 NBA Figures Disagree On The Treatment Of Andre Drummond appeared first on TOOATHLETIC TAKES.

The top-ranked 2022 football recruit in each state

The Supreme Court heard arguments Tuesday in a case that…

Karl Rove: There is plenty of evidence of massive border…

Mom reports 6-year-old missing, but police say she ran him…

The problem with building ‘affordable’ housing…

Dozens of arts freelancers lose out on Covid support over…